The 1.5°C limit in the Paris Agreement is of critical importance for Australia. The continent is highly exposed to climate change impacts like sea level rise, coral reef loss, wildfires and extreme weather events. All of these effects can already be observed today and will be much worse in a 2°C world, compared to 1.5°C. Especially for tropical coral reefs, including the Great Barrier Reef, the difference between 1.5°C and 2°C is likely to be decisive if any reefs are to survive.

This report, the sixth country assessment in the Climate Action Tracker’s Scaling Up Climate Action Series, shows where Australia can accelerate its climate action. The report illustrates GHG emission reductions from these actions, along with employment and other benefits and the policies across all sectors that will bring emissions down fast enough. 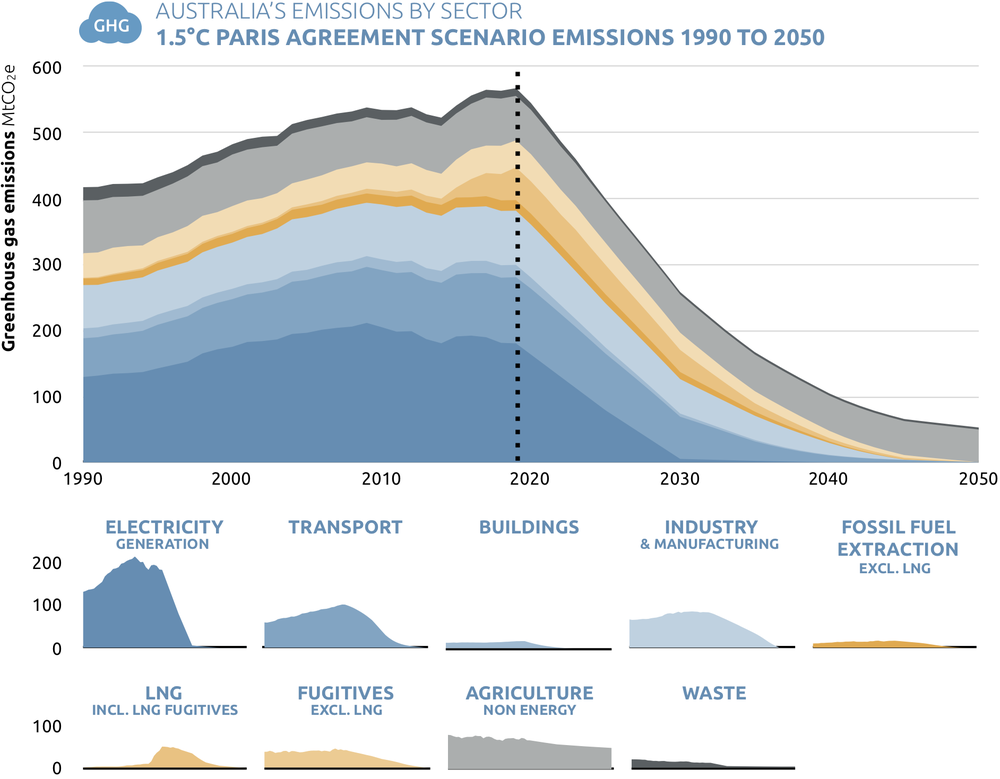 Our analysis starts with an in-depth review of Australia’s current policy framework and sectoral developments and compares them with the comprehensive policy packages and the progress of the kind of sector indicators required under Paris Agreement-compatible pathways. It then focuses on a scenario analysis showing how to scale up climate action in Australia to levels consistent with the Paris Agreement.

This report shows that Australia, has tremendous potential to scale up climate action in all sectors. Increasing . action would initiate sectoral transitions towards a zero-emissions society with the additional benefits of reducing air pollution, and creating employment including through new manufacturing value chains and new export opportunities based on renewable energy. 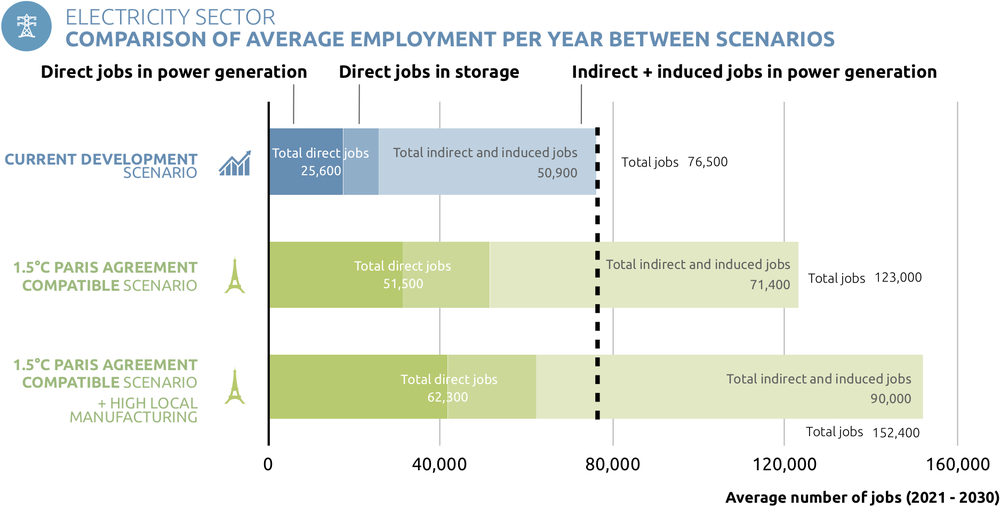 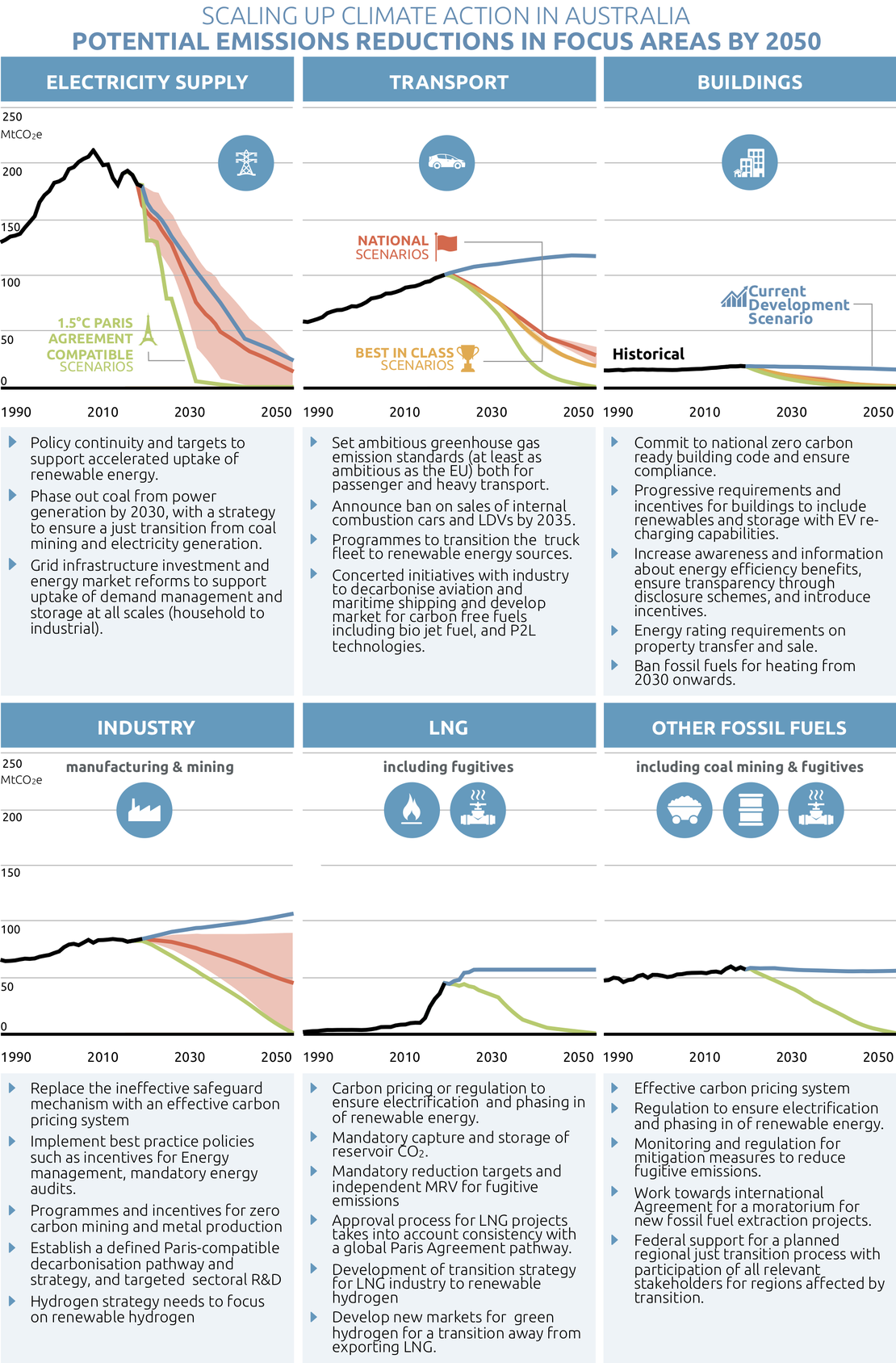