En route to Paris? Implications of the Paris Agreement for the German transport sector

Germany will have to boost its national targets and implement appropriate measures if it is to meet the Paris Agreement’s goals. This will place considerable demands on the transport sector, according to this Climate Analytics study commissioned by Agora Verkehrswende. The EU’s most populous country will also have to support the bloc in increasing its climate action.

Key messages from the report: 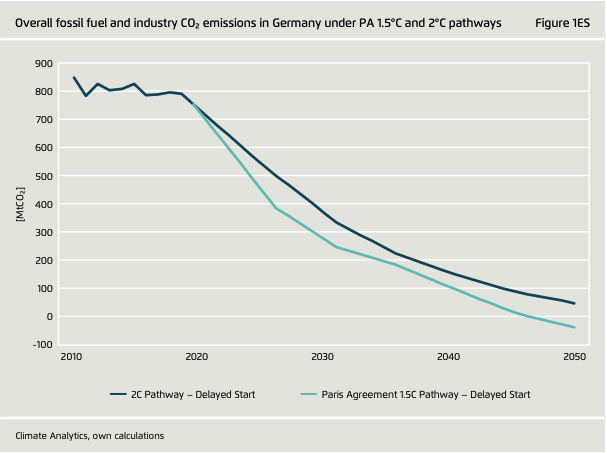 2. Germany and the EU will have to raise their medium-term reduction targets if they are to be compatible with the Paris Agreement. Germany currently aims to reduce its domestic greenhouse gas emissions by 55 per cent by 2030. This is now not enough: Germany needs to set its sights on a more ambitious target. Moreover, it must urge the EU to significantly increase its current 2030 reduction target of 40 per cent. The Paris Agreement and Germany’s Climate Action Plan 2050 require both to present these new, more ambitious plans in 2020. 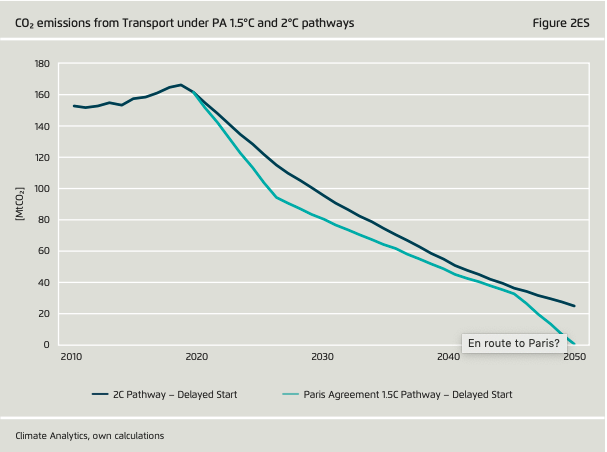 4. For the sake of climate equity, Germany’s overall mitigation contribution needs to be higher than the level required by a least-cost emissions reduction pathway. In order to contribute its fair share to meeting the 1.5°C target, Germany would have to reduce its emissions – according to a central estimate – by 87 per cent by 2030 relative to 1990 levels. This exceeds its least-cost domestic reduction target by around 14 percentage points. Germany could close this gap by, for example, increasing its funding for international mitigation efforts.

5. Fast reductions of transport sector emissions and its full decarbonisation by 2050 are possible. Key elements in achieving these goals are a strongly accelerated electrification of passenger and freight transport linked to an intensified expansion of renewable electricity generation, a switch to public transport and other more sustainable forms of travel (such as walking or cycling), an increase in rail freight, and an overall more efficient organisation of the transport sector overall. To this end, alongside infrastructural and regulatory measures, pricing instruments – effective carbon pricing in particular – are of central importance.

German version of the key messages and the report