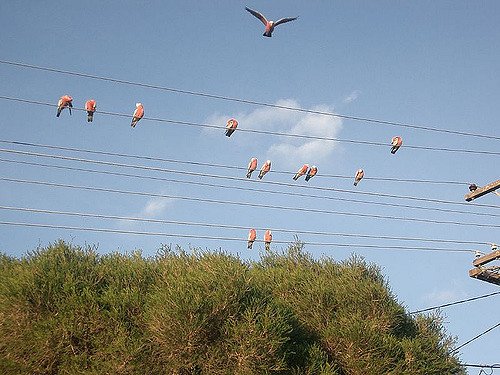 Independent Review into the Future Security of the National Electricity Market

The National Electricity Market Review, also known as the Finkel Review, was an opportunity to propose a science-based approach to the short and long-term development of Australia’s electricity sector consistent with the low-carbon transformation required to meet the goals and obligations of the Paris Agreement. Unfortunately, should the government accept the minimum electricity sector pathway suggested by the Finkel Review, Australia would very likely not be able to meet its obligations under the Paris Agreement, which calls for countries to adopt measures to hold global warming well below 2°C and limit this to 1.5°C.

The Finkel Review specifically deals with the question of the Australian electricity sector transformation and emissions within the context of the Paris Agreement. Scientific studies universally show that the electric power sector needs to make faster reductions than all other sectors in order to minimise costs and maximise transformation opportunities.

The minimum electricity sector emissions reduction pathway suggested in the Finkel Report (26-28% reduction from 2030 levels from 2005) is not consistent with the scientific understanding, as its reductions only track the (already inadequate) 2030 reductions proposed for the entire Australian economy. The minimum pathway suggested is also inconsistent with CSIRO’s recent technology assessments, and Climate Change Authority’s recent review of electricity sector developments through to 2030.

This pathway would ultimately risk large stranded investments in fossil fuel-intensive infrastructure, likely raise direct and indirect consumer costs for electricity above levels that would have applied in a lower carbon pathway, and risk lock-in of carbon intensive infrastructure with associated economic and social costs.

The Finkel Review modelling retains a surprisingly high fraction of coal in the electricity supply mix through to mid-century. This would require very large-scale deployment of carbon capture and storage technologies. As the Finkel report highlights, the 2015 Australian Power Generation Technology Report notes “CCS technologies are not very mature.” There are quite fundamental problems with the use of CCS in relation to achieving zero emissions required in the next 25-30 years. CCS reduces emissions by only 80-90, not 100% and requires 25-40% more energy for a given output. CCS can require significant additional water for cooling or processing, risking an increased water stress in already water scarce regions (Fricko et al., 2016). A recent review shows that costs have increased significantly compared to earlier IPCC Assessments (Rubin, Davison, & Herzog, 2015).

An analysis by Climate Analytics shows that to meet the Paris Agreement goals, unabated coal-fired power plants would need to be phased out (1) globally by around mid-century, and by 2030 in the OECD region. A more recent assessment by the IEA (2017) indicates that unabated coal-fired power generation needs to be phased out globally by 2040, with emissions intensity of power generation reaching zero by 2050.

The Finkel Review has emphasised the role of natural gas, in particular the need to expand exploration and development, however this is inconsistent with the transition towards a zero CO2 emissions energy sector. While energy/electricity security considerations lie behind this suggestion, it is not in line with state-of-the-art developments in this area.

A salient recent example drawn from the United States shows that solar photovoltaics and battery storage are now outcompeting peaking-gas power on price in that market, where gas prices are considerably lower than in Australia. A prominent Australia electricity market entity (AGL) has also reached a similar conclusion. 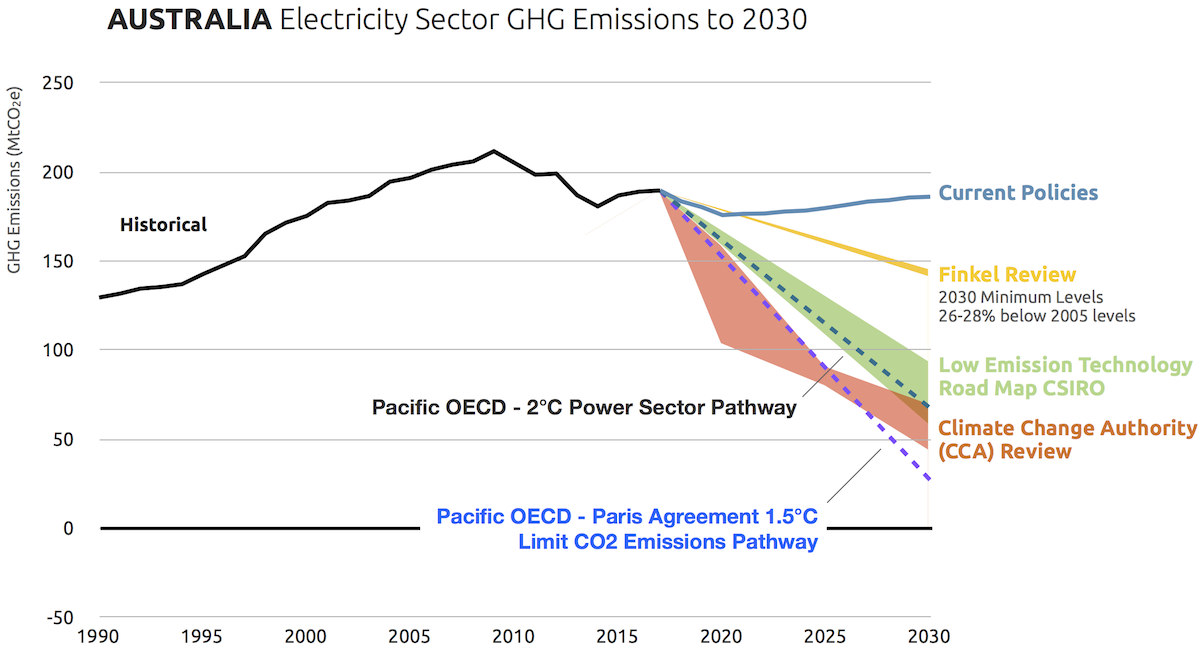 Australia’s present commitments under the Paris Agreement (26 to 28% reduction by 2030 from 2005 levels) are inconsistent with the former 2°C limit, and even more so with the Paris Agreement long-term temperature goal. All expert assessments show that Australia’s current policies will not meet the Paris Agreement 26 to 28% reductions by 2030. Adoption of the minimum pathway suggested in the Finkel Review for the electricity sector would make achieving this goal even more unlikely, as it would require much faster action in other sectors that would be costlier, and intrinsically slower to act or to have effect. 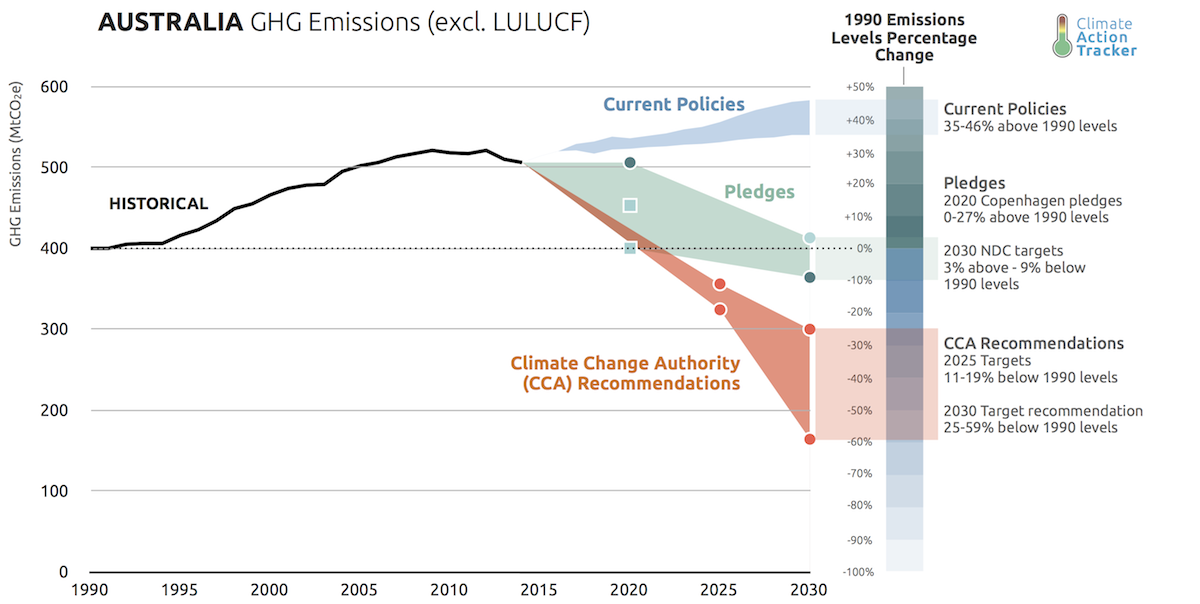 The zero-emissions timeframe for the power sector outlined in the Finkel Review – sometime in the second half of this century – is much slower and later than what is consistent with the Paris Agreement. A linear continuation of the minimum electricity sector emissions reduction pathway would reach zero emissions by 2070, some 30 years later than what is required under the Paris Agreement (around 2040), and about 20 years later that would be required under the weaker to 2°C degree limit (around 2050).

Climate Works. (2014).Pathways to deep decarbonisation in 2050 – How Australia can prosper in a low carbon world.