Improving access to climate finance and increasing absorption of funding opportunities are integral to speeding up Small Island Developing States’ (SIDS) efforts to enhance adaptation and build long-term resilience to climate change. A recent “Writeshop” in Samoa, which brought together Pacific and Caribbean representatives to build on each other’s experiences, yielded a number of valuable lessons.

Adaptation to climate change has been long recognised as critical for small island developing states (SIDS) given their high vulnerability and exposure to climate change. Since 2010, the UNFCCC has supported development of National Adaptation Plans (NAPs) as a way for developing countries to address medium- to long-term adaptation. Since 2016, the Green Climate Fund (GCF) has provided further support for development of NAPs when it announced plans to provide financial assistance to developing countries for their formulation and adaptation planning processes.

Under the GCF Readiness and Preparatory Support Program, countries can request up to USD3 million to support the development of national adaptation planning processes, including NAPs. NAPs play a key role in setting the context for national and sub-national implementation of adaptation actions and improving access to climate finance.

Developing countries have been active in the process of formulating and implementing their NAPs. As of October 2018, 91 out of 153 developing countries have reported to the UNFCCC that they have begun the process of NAP development. Four SIDS have received approval of their GCF NAP proposals: Antigua and Barbuda, Dominican Republic, Dominica and Haiti. 11 countries have completed development of their NAPs and submitted them to UNFCCC NAP Central database. This includes Saint Lucia, the only SIDS thus far with a submitted NAP.

A recent NAP Readiness Writeshop in Samoa, organised under the IMPACT project in collaboration with Secretariat of the Pacific Regional Environment Programme and the Green Climate Fund (GCF) was an opportunity to share the lessons from Saint Lucia’s NAP as well as the experiences of other developing countries with Pacific SIDS. 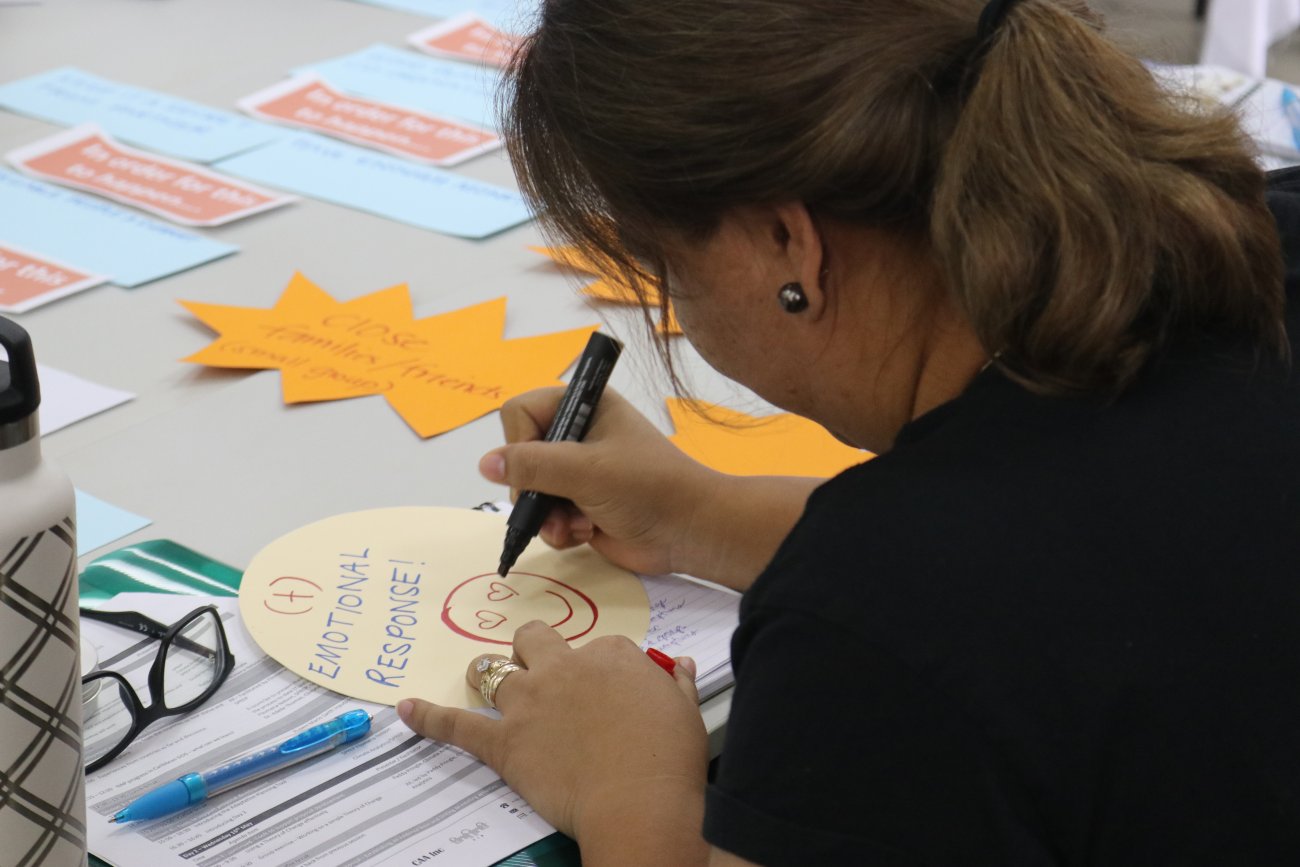 The Writeshop was prepared in response to growing interest from Pacific SIDS in developing GCF proposals for NAPs, as expressed at the GCF Structured Dialogue in Federated States of Micronesia in 2018. The Writeshop aimed to advance proposal writing efforts and accelerate the proposal development process.

Saint Lucia’s NAP has a number of key components that offer lessons for other SIDS. First, in addition to development of the NAP, Saint Lucia also produced three Sectoral Adaptation Strategy and Action Plans for water, agriculture and fisheries as well as a Monitoring and Evaluation Plan for the NAP.

The development of these additional plans provided greater detail on goals and actions for each sector that help with implementation as well as provided a clear framework for measuring the progress and effectiveness of the NAP. Second, each of the sectoral plans included a number of concept notes for adaptation projects.

The concept notes provide information on the rationale, activities, responsible agencies as well as estimated costs and duration. Development of concept notes is useful to match project ideas to available sources of financial and technical support and is also beneficial in the development of a GCF Country Programme. Last, Saint Lucia included a chapter in their NAP on limits to adaptation.

The chapter recognises that although adaptation measures may be implemented, there will still be impacts from climate change that will intensify as global average temperatures increase. The chapter, developed with support of the IMPACT project, identifies potential loss and damage by sector as well as potential actions to address these impacts that are organised using the Climate Risk Management framework.

Including discussion of limits to adaptation in NAPs may be a useful way for SIDS to convey that they still face climate change impacts despite best adaptation efforts.

GCF provided invaluable feedback on the proposal development process while Climate Analytics and SPREP provided participants with information on the GCF NAP Readiness Proposal Template, developing a Theory of Change, monitoring and evaluation, procurement and implementation mapping. The majority of the Writeshop was dedicated to providing time and technical assistance for nine Pacific SIDS in attendance (Kiribati, Nauru, Niue, Palau, Republic of the Marshall Islands, Samoa, Solomon Islands, Tuvalu, Vanuatu) to actively work on developing their proposals or concept notes. While countries were all at different stages of proposal development, a number of valuable lessons emerged from the workshop, including:

The event also highlighted the value of combining ‘theory’ with real-time drafting of proposal text and the benefits of sharing experiences between countries during this process.

Actions such as the Writeshop, aimed at improving access to climate finance and increasing absorption of funding opportunities, are integral to speeding up SIDS’ efforts to enhance adaptation efforts and build long-term resilience to climate change. Consistent with the principles of good adaptation planning, the event in Samoa illustrated that only by laying solid foundations can we hope to develop adaptation responses that are proportionate to the huge challenges faced by SIDS.

Implementing science-based climate policies requires communication and collaboration between various actors in the interdisciplinary climate field. The ISIpedia project is one of the growing number of efforts addressing this challenge by involving decision makers and practitioners in developing a tool that is meant to benefit them - a user-friendly information portal of climate change impacts.

How extreme weather conditions could last longer due to climate change