South Korea’s current NDC is rated as “highly insufficient” by the Climate Action Tracker, and if all governments’ climate targets were in the same range, the world would warm by 3 to 4°C, more than double the limit in the Paris Agreement. Like all other nations that signed the Paris Agreement, South Korea is obligated to update its NDC in 2020 in order to play its part in reducing global emissions sufficiently by 2030 to keep the 1.5°C limit in the Agreement within reach, and close the gap identified by the world’s peak climate science body, the Intergovernmental Panel on Climate Change (IPCC).

The intended Green New Deal legislation aiming for a net zero emissions target in 2050 is an opportunity to link it with an enhanced NDC target to ramp up climate ambition and action. Here are the key considerations for South Korea in strengthening its NDC: 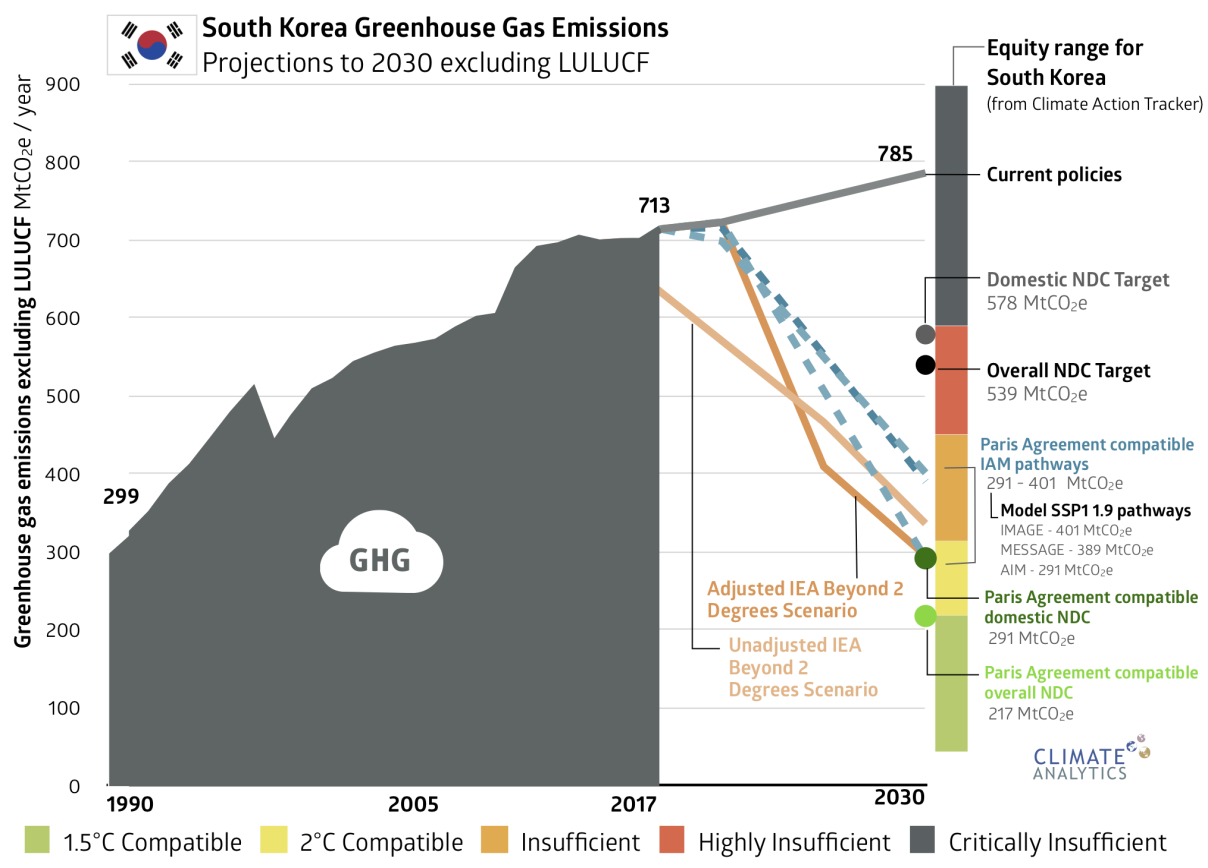 Read our other report, on coal phase-out in South Korea