Scaling up climate action in the electricity supply, passenger ground transport and forestry sectors, which together covered about 70% of Indonesia’s emissions in 2014, would lead to curbing emissions growth and could achieve a 20% reduction in emissions below 2010 by 2030. This stands in stark contrast to the currently projected 58-68% emissions increase under Indonesia’s Paris Agreement Nationally Determined Contribution (NDC). It would initiate Indonesia’s transition towards zero emissions in line with the Paris Agreement and peak Indonesian GHG emissions excluding deforestation and land use shortly after 2030.

To get on track toward Paris Agreement-compatible emissions reductions, Indonesia needs to urgently scale up climate action in the electricity and transport sectors, decarbonising them by 2050, with phasing out coal power generation, ramping up renewable energy generation and electrifying the growing transport fleet, as essential strategies. The Indonesian forestry sector has the single largest potential for reducing domestic emissions and Indonesia can turn its forestry sector into a net sink of carbon emissions by 2030 if takes significant steps to halt peat fires, reduce deforestation rates and restore degraded peatlands. 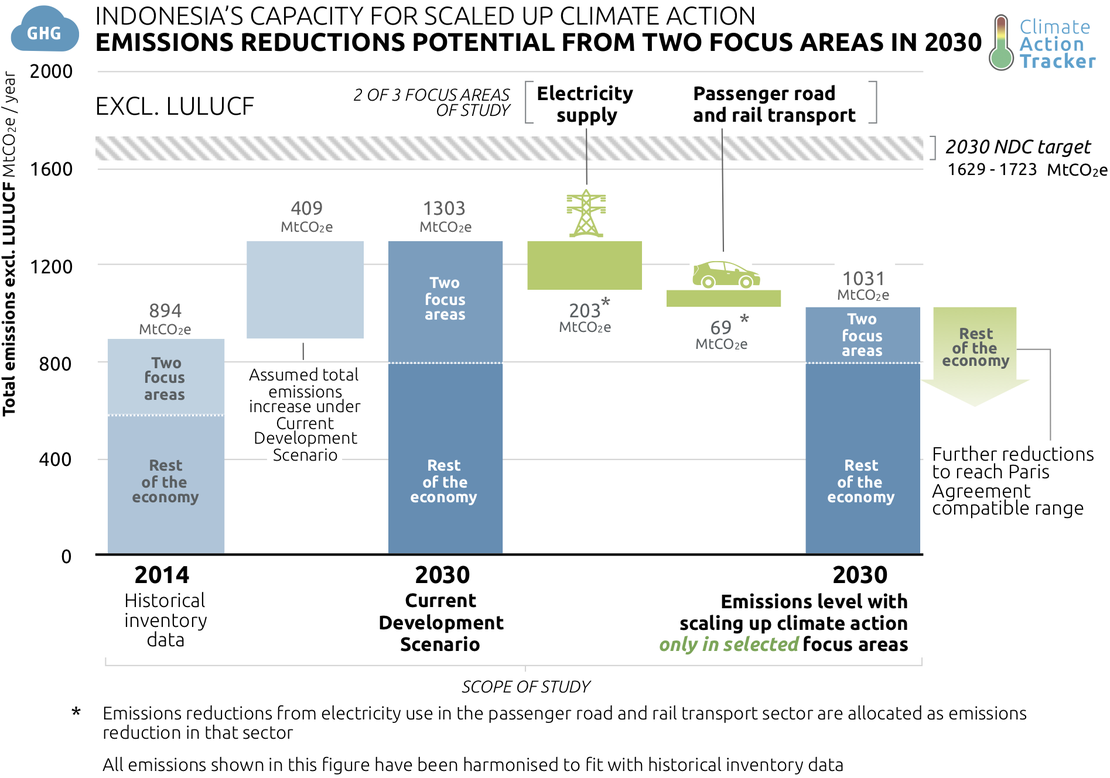 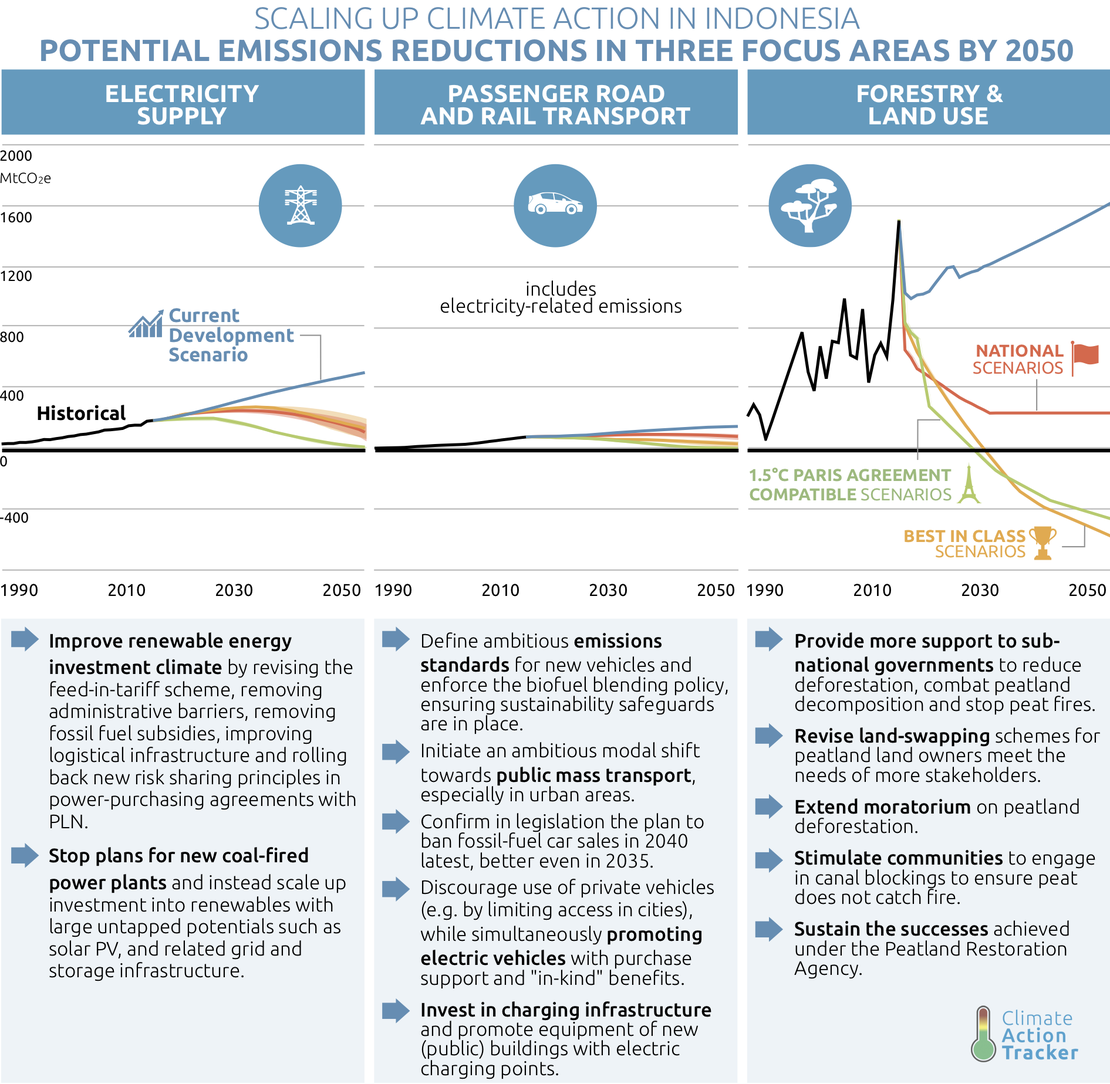