Keeping up with the renewable revolution – updating the NDCs 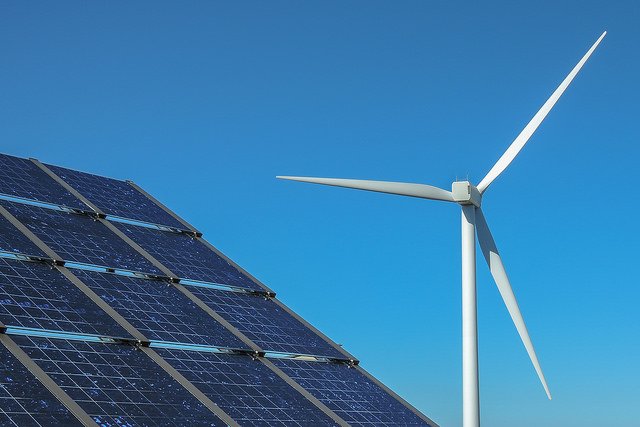 Most countries need to urgently update their nationally determined contributions (NDCs) to be in line with the Paris Agreement 1.5°C limit. But even without considering the much-needed emission reductions this entails, rapid technology developments in key sectors over recent years make it an economic and political necessity to update NDCs as their underlying assumptions are outdated already today. This is good news for the Talanoa Dialogue as these cost reductions and already visible climate action can be the springboard for more ambitious NDCs in 2020.

Renewable energy costs have been declining much faster than expected over the recent decade. Data from the International Renewable Energy Agency (IRENA) show that costs for PV alone have decreased by more than 50% between 2014 and today[I].

The decline of market costs for wind and solar continues to outpace even optimistic estimates.  IRENA 2016 estimates for 2017 renewable energy costs were undercut substantially as shown in Figure 1 below. In 2017, renewable energies were cheaper than any fossil fuel technologies equipped with carbon sequestration technologies.

Continued cost reductions are projected over the coming years for wind and solar photovoltaic and concentrating solar power renewable energy technologies.  In 2017, more new solar power projects were installed, than net additions of coal, gas and nuclear plants put together.[ii] At the same time, global wind markets have reached all time high as 52GW of wind power were added in 2017, bringing total installations to 539 GW globally.[iii]

Storage technologies are developing very rapidly. According to IRENA, small-scale household Li-ion battery costs have fallen by over 60% since late 2014 and battery electricity storage total installed costs could fall between 50% and 60% by 2030.[iv]

These rapid developments were not foreseen in 2014, for example in the IPCC Fifth Assessment Report (AR5).  Updating technology assumptions to present-day prices in energy-economic model scenarios leads to a projected   increase in deployment of photovoltaics between 100% and more than 400% by 2030 compared to expectations of just a few years ago .[v]

Nationally determined contributions (NDCs) under the Paris Agreement are based on pre-2014 information that can be regarded as outdated today. The only reasonable reaction to this rapidly changing landscape should be to update the NDCs for 2025 and 2030. It seems wholly inappropriate to base targets for 2030 on information that is already obsolete more than a decade before. 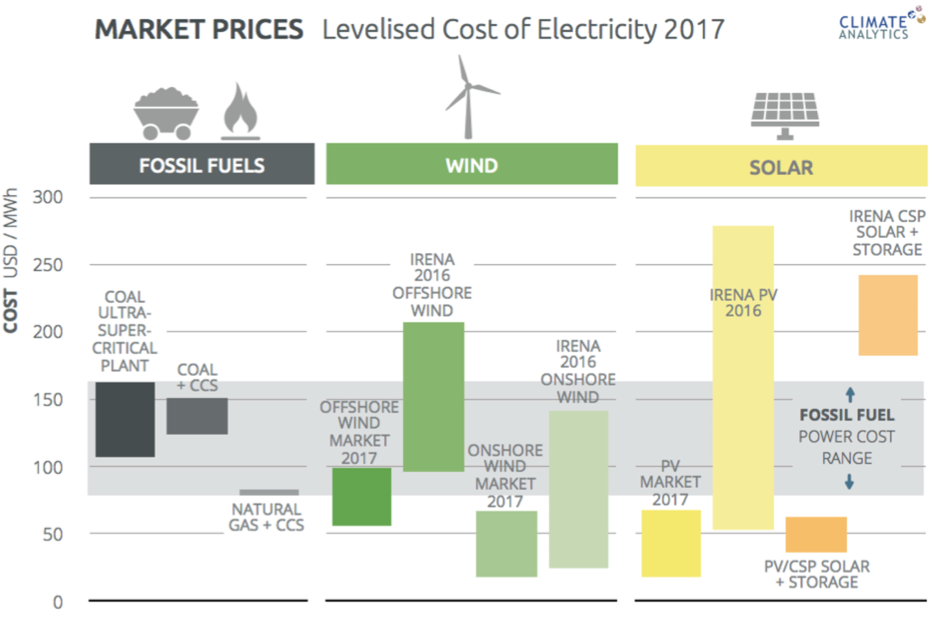 Figure 1: Comparison of the 2017 levelised cost of electricity for different technologies as projected by IRENA in 2016 and the range of real world market prices in 2017. The fossil fuel power cost range is given in grey as well as cost estimates for fossil fuel technologies with carbon capture and storage (CCS).

These fundamental shifts in the energy landscape provide the enabling environment for the much-needed increase in near-term ambition to be reflected in the new round of NDCs in line with the 1.5°C limit.

Cost reductions in renewable energy are paving the way to replace and eventually phase out coal and other fossil fuels, a prerequisite to achieve the Paris Agreement goals[vi]. A few examples: