Australia’s pollution profile and how to turn it around

Australia is far behind similar economies in terms of carbon pollution per person and emission intensity. 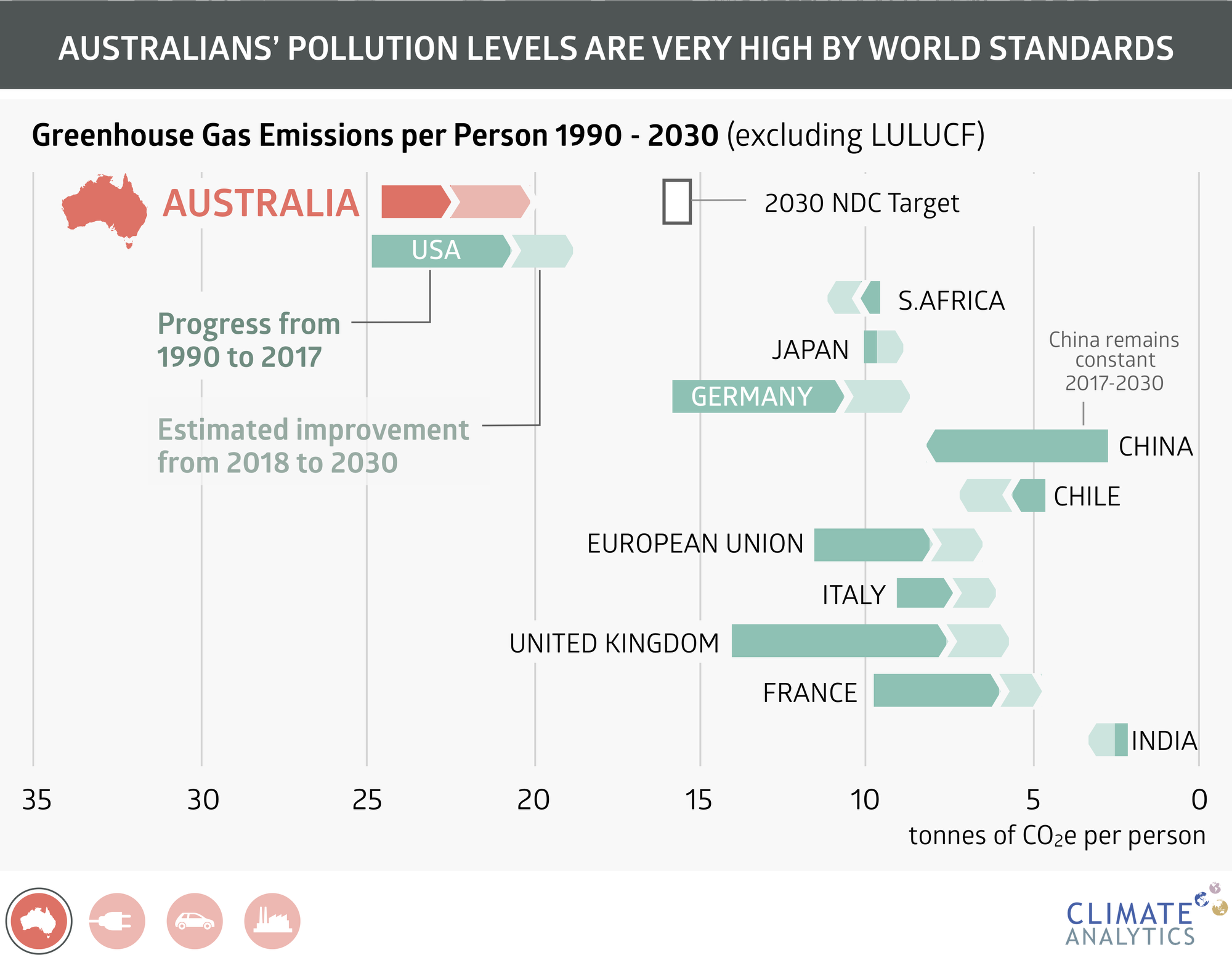 It’s projected to fall even further behind because, unlike other nations, Australia has no effective national policy to drive down greenhouse gas emissions and improve energy efficiency. 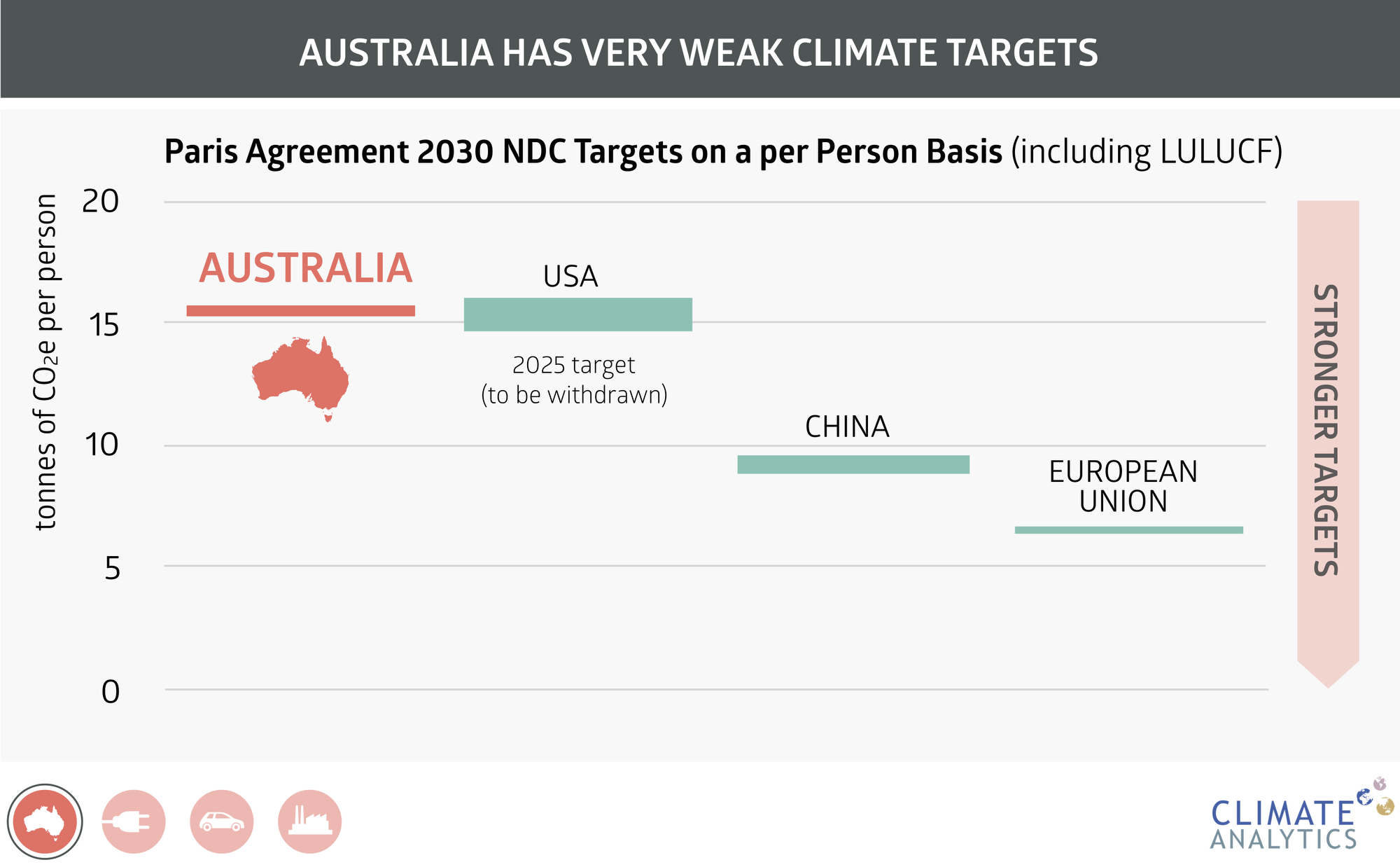 Australia is projected to increase its overall greenhouse gas emissions by 8.6% above 2005 levels by 2030, far away from the emission reductions Australia promised the world by 2030 (16-18% below 2005 levels after factoring out forests & land use change emissions). 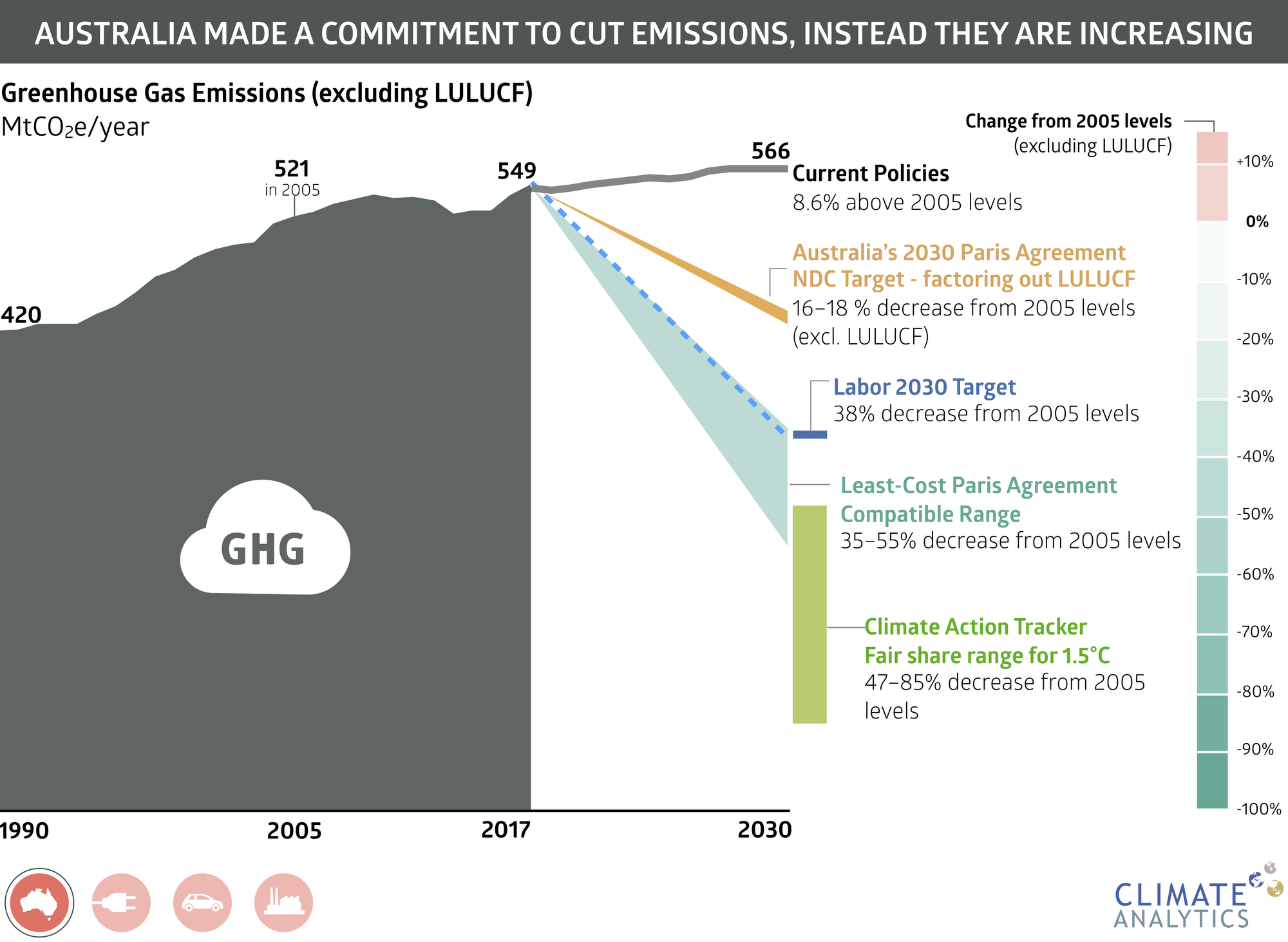 Australia’s emissions have been climbing in almost every sector except electricity. Leaving out the uncertain land use and forestry emissions (LULUCF), the only sustained drop was experienced while the carbon price was in operation from 2012 to 2014. 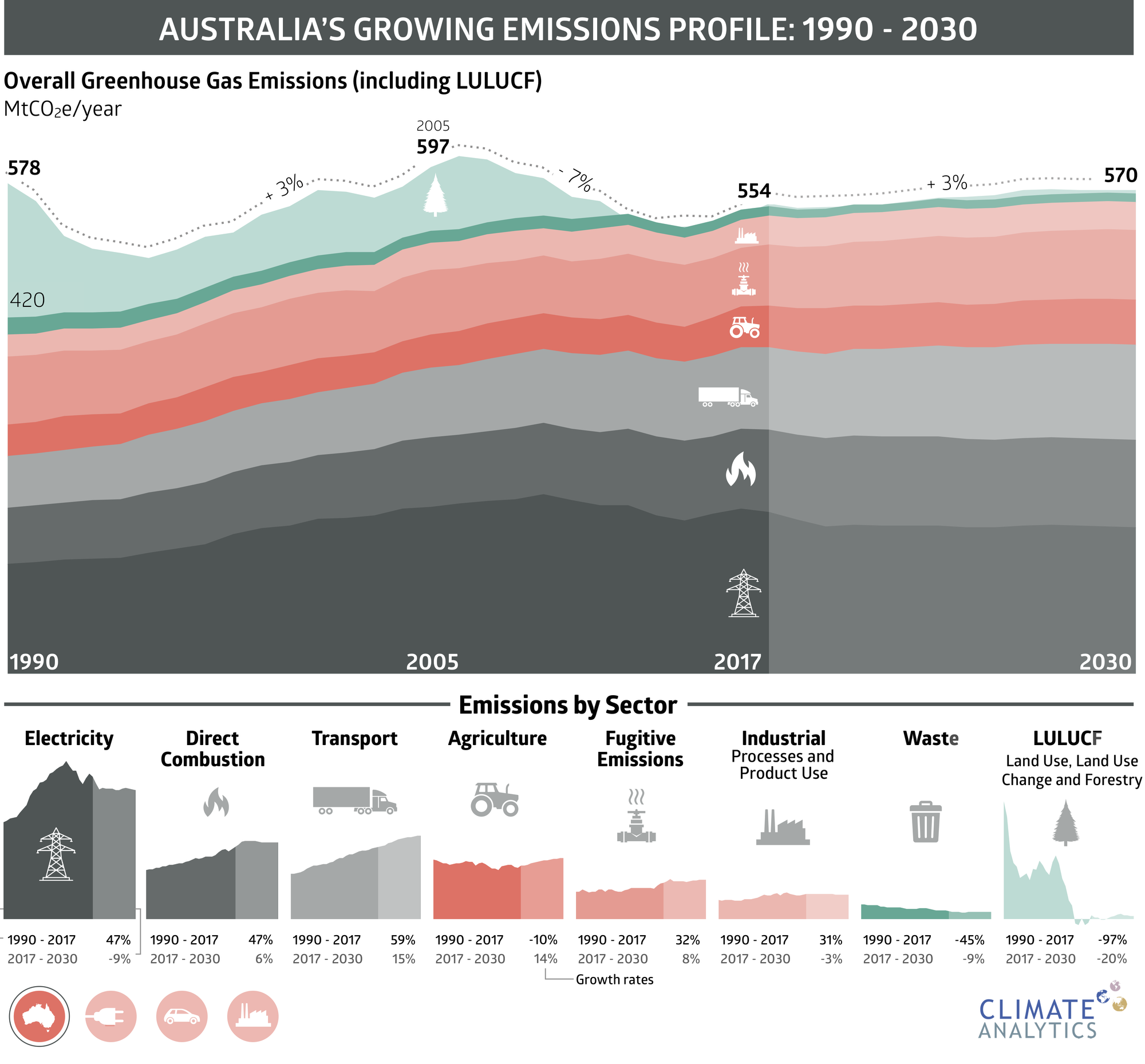 There are many actions Australia can take now to start cutting emissions and get on to a path towards a zero-emissions economy. 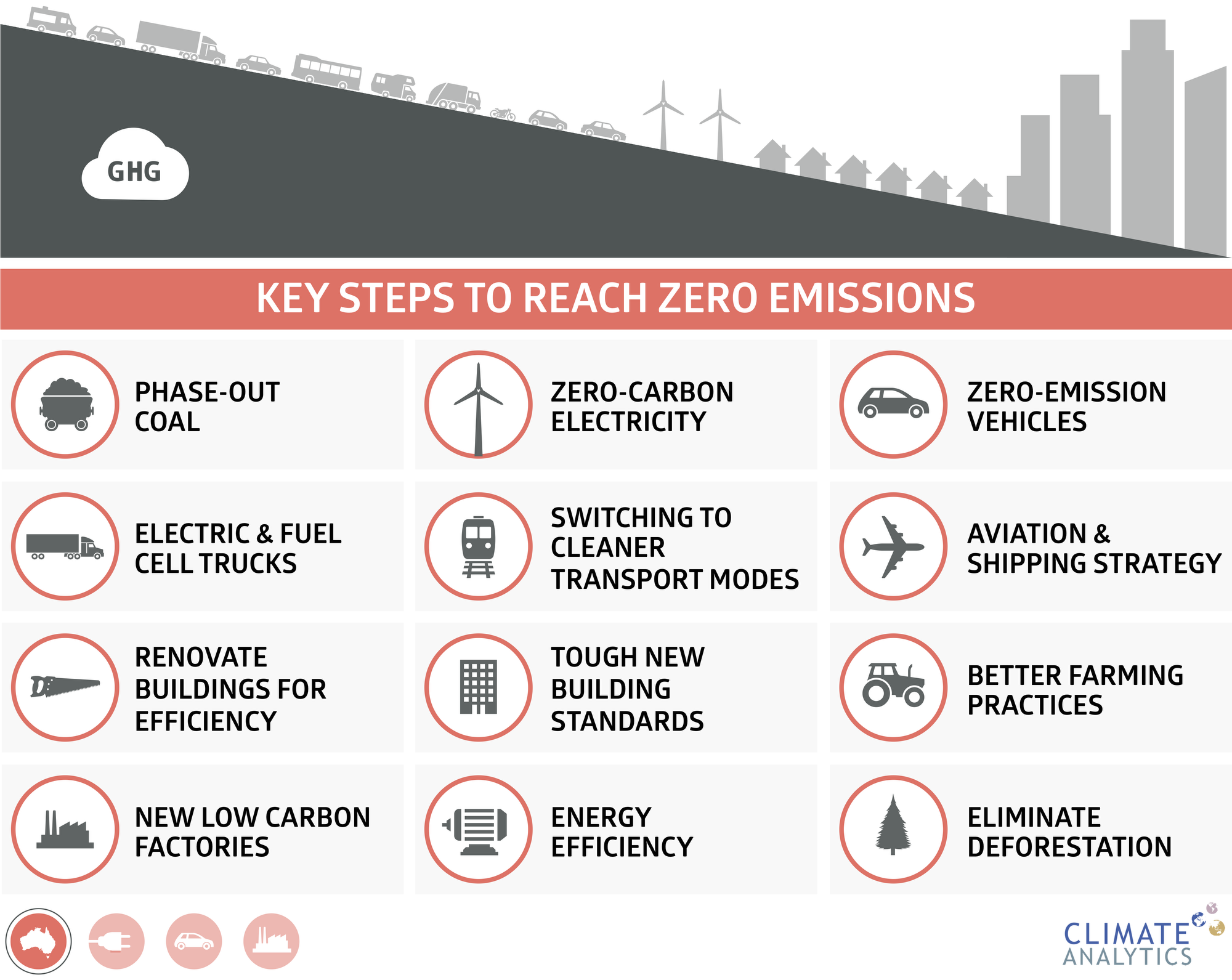 There are many good reasons to make the transition to a green, zero-emissions society, a society that works for people, the environment and the economy. Avoiding the multiple, interacting damaging and potentially catastrophic impacts of climate change is just one aspect; building the economy of the future is another.

Australia’s manufacturing sector – one of the main sources of greenhouse gas emissions from industry – is effectively standing still on energy efficiency, losing out on the benefits other countries’ industries are getting from improving their energy efficiency. 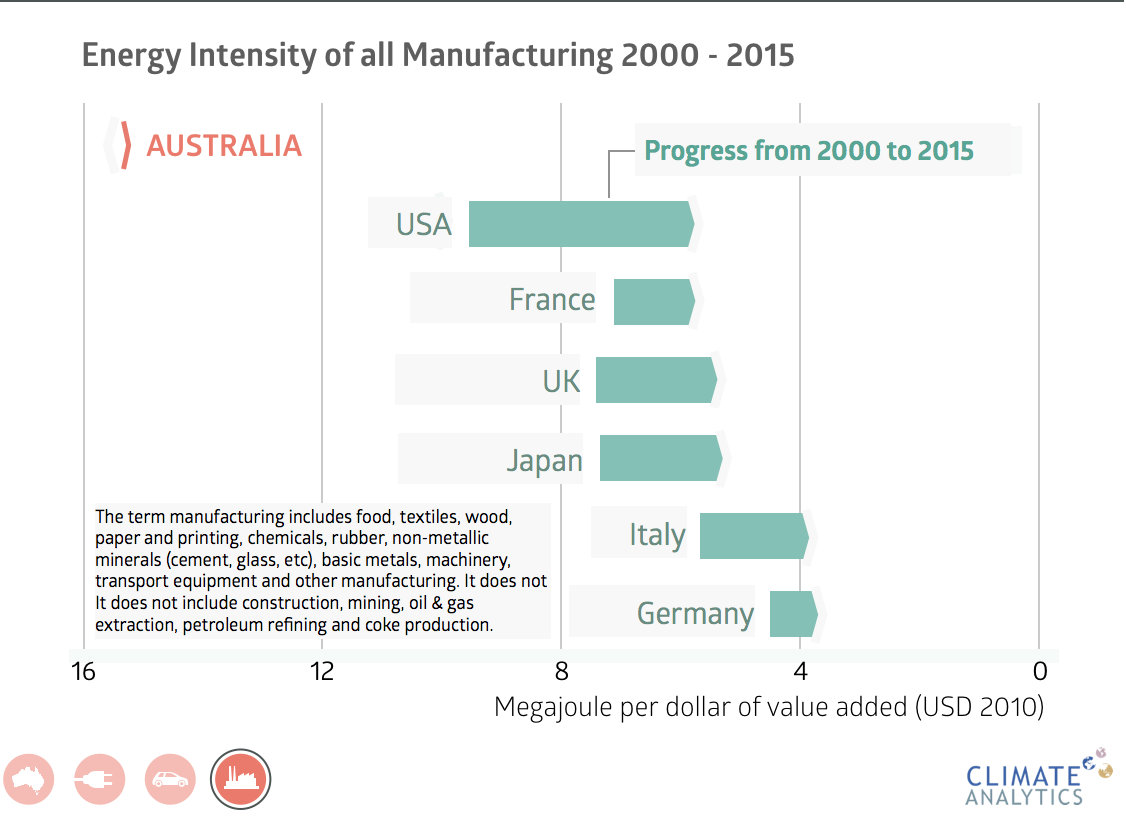 Australia’s industrial sector is responsible for 28% of total emissions. They are mainly caused by “direct combustion”, in other words burning fossil fuels for heat, steam or pressure in either the manufacturing, energy or mining sectors. With a rapid increase in production of liquified natural gas (LNG) for export, LNG processing is one of the fastest-growing sources of emissions. Increasing gas extraction is also leading to more fugitive emissions. 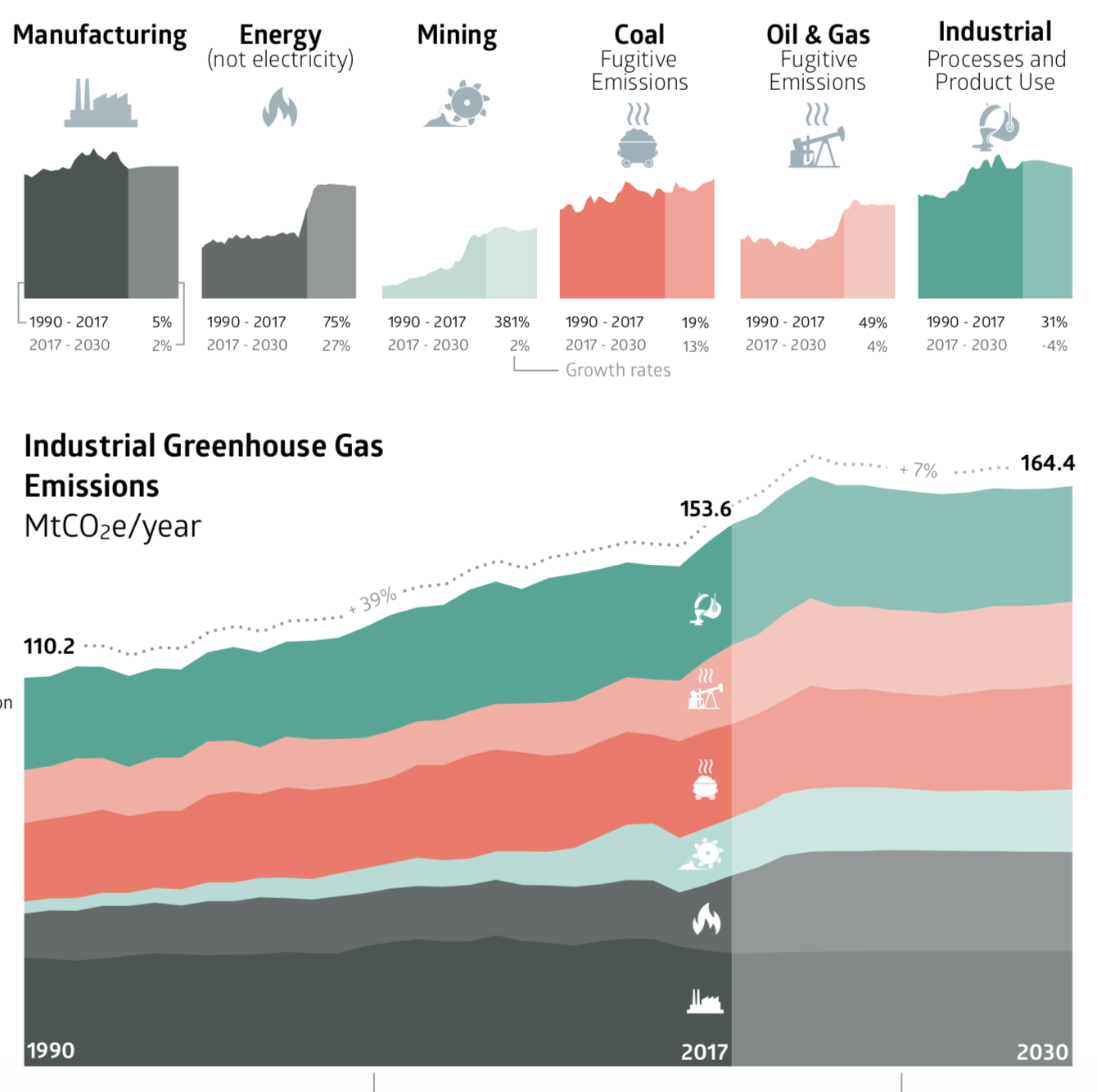 Australia’s combined vehicle fleet of 19.2 million vehicles is one of the world’s most polluting and least efficient. Current lack of policies and the fact that over one million new vehicles are purchased per year, will mean Australia will continue to fall even further behind the rest of the world. Other countries are doing a much better job of setting policies to improve air quality, reduce emissions, deliver efficiency savings to drivers and offering better transport alternatives in cities.

Projections see very little improvement in the near future. Even emerging economies such as China and India are expected to make greater strides in improving their emissions performance than Australia. 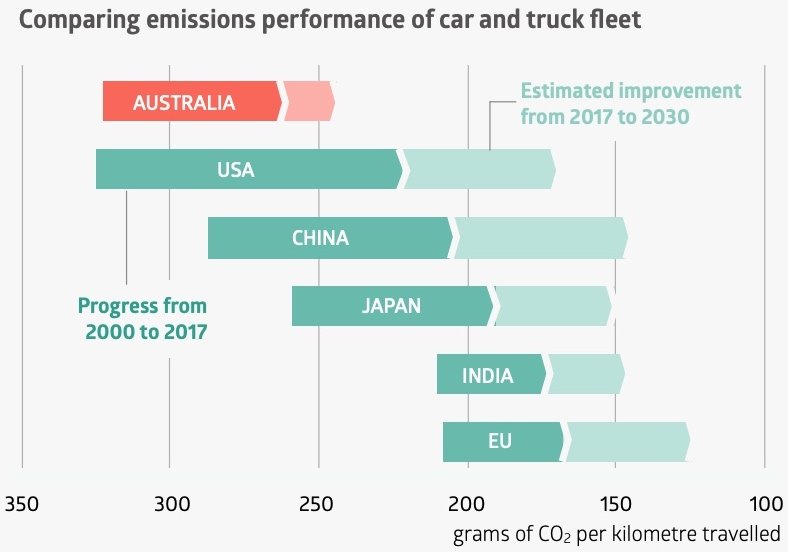 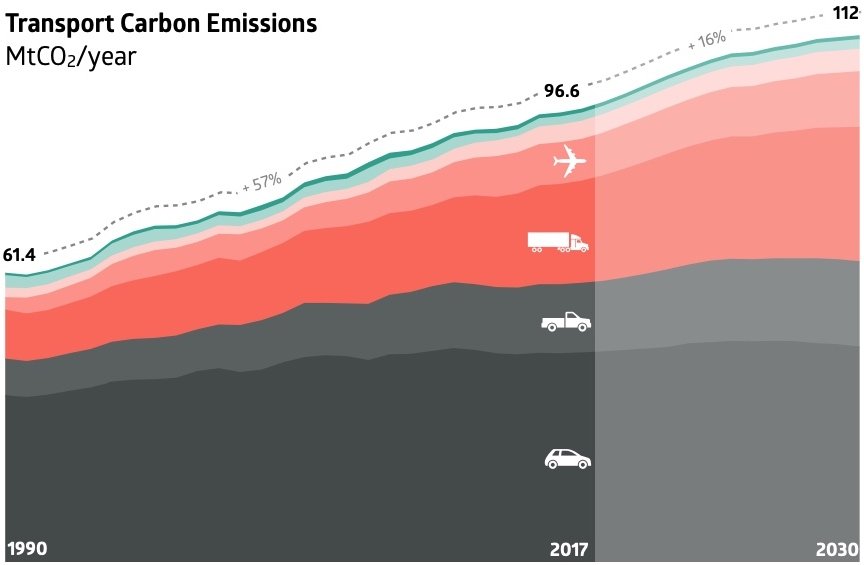 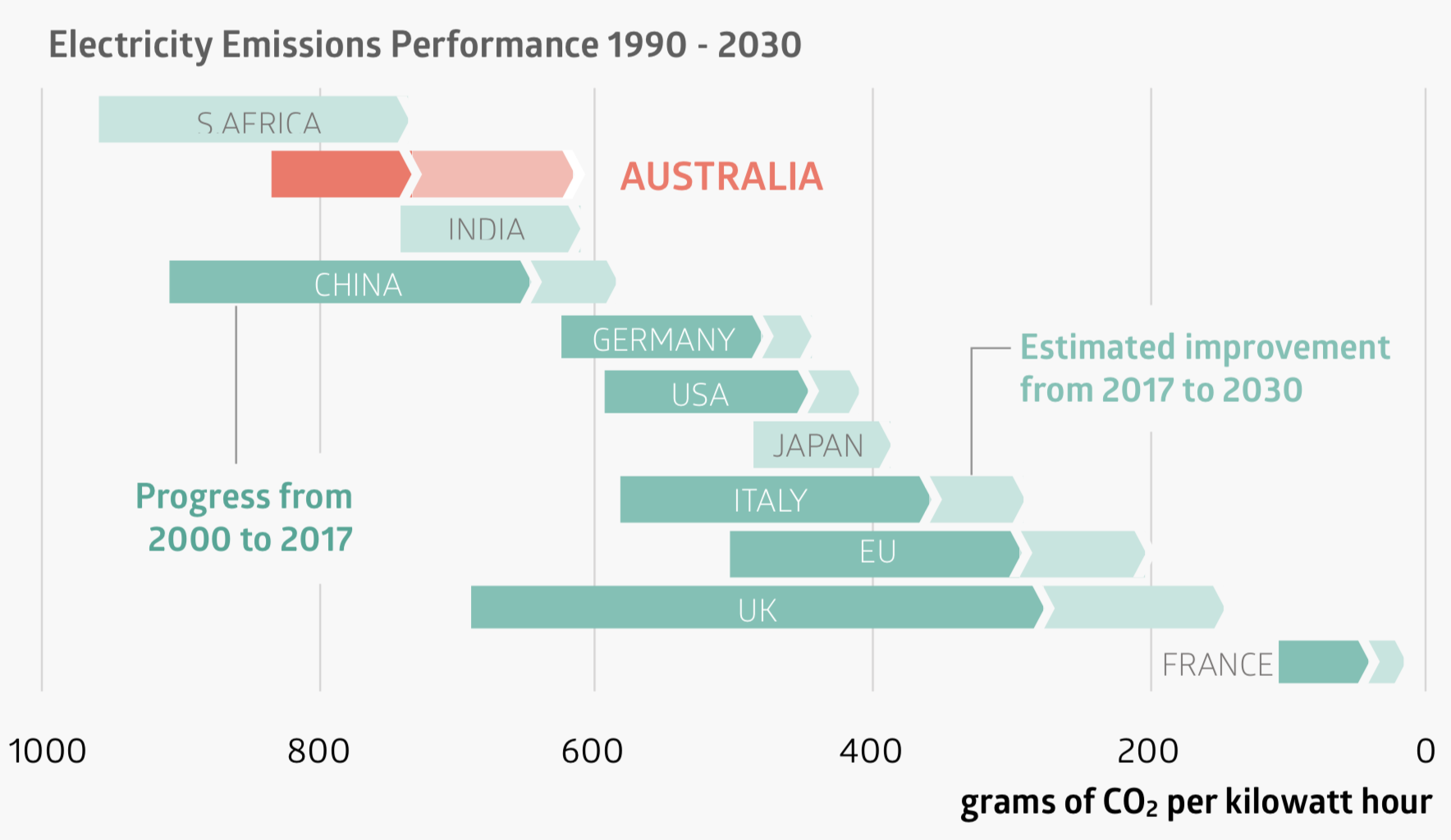 Current policies will only drive a further 9 per cent decrease in emissions from electricity generation to 2030. 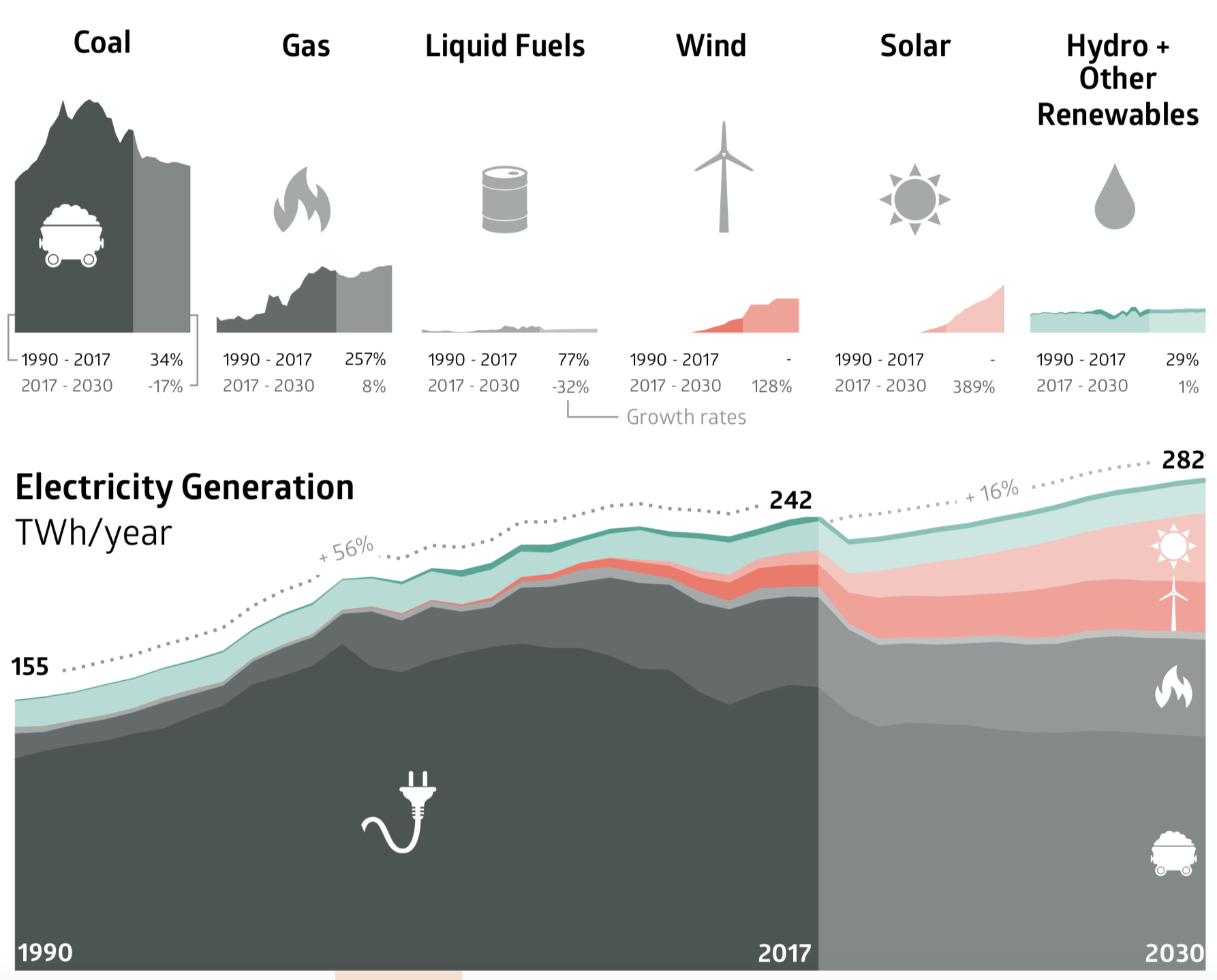 Of the 10 countries studied, Australia stands out as having no 2030 or 2050 renewable energy target, no decarbonisation strategy for electricity and no coal phase-out plan.