“Australians have clearly identified climate change as the biggest threat to their country. This analysis will provide them with detailed information on how the parties compare on the key 2030 emission national emission reduction target.”

There are two key measures in the analysis:

On top of this the Coalition’s policies will lead to Australia’s emissions continuing to rise and there are no indications that further policies will be introduced. The Climate Action Tracker rates the Coalition target as “insufficient”. The Coalition government has announced it will not contribute to the GCF and has also cut foreign aid generally, which, in turn, is reducing resources for climate-related action in developing countries.

The Labor Party’s (ALP) national reduction target (45% below 2005 levels by 2030) is just within the Paris Agreement 1.5°C compatible range of domestic emission reductions for 2030. The ALP has rejected the use of “carry over” units from the Kyoto Protocol. To contribute to Australia’s “fair share” of global action the ALP’s national reduction target will need to be supplemented by commitments to international climate finance and/or a deeper reduction target, for Australia to contribute to emission reductions in poorer countries.

The Greens’ GHG emission reduction target is 63-82% below 2005 levels by 2030 and is within the “fair share” range in the scientific literature, and hence include both domestic emissions reductions consistent with the Paris Agreement and contributions to emission reductions in poorer countries. The Greens are also calling for zero greenhouse gas emissions by 2040, which is within the Paris Agreement 1.5˚C-compatible range for Australia as a developed country. 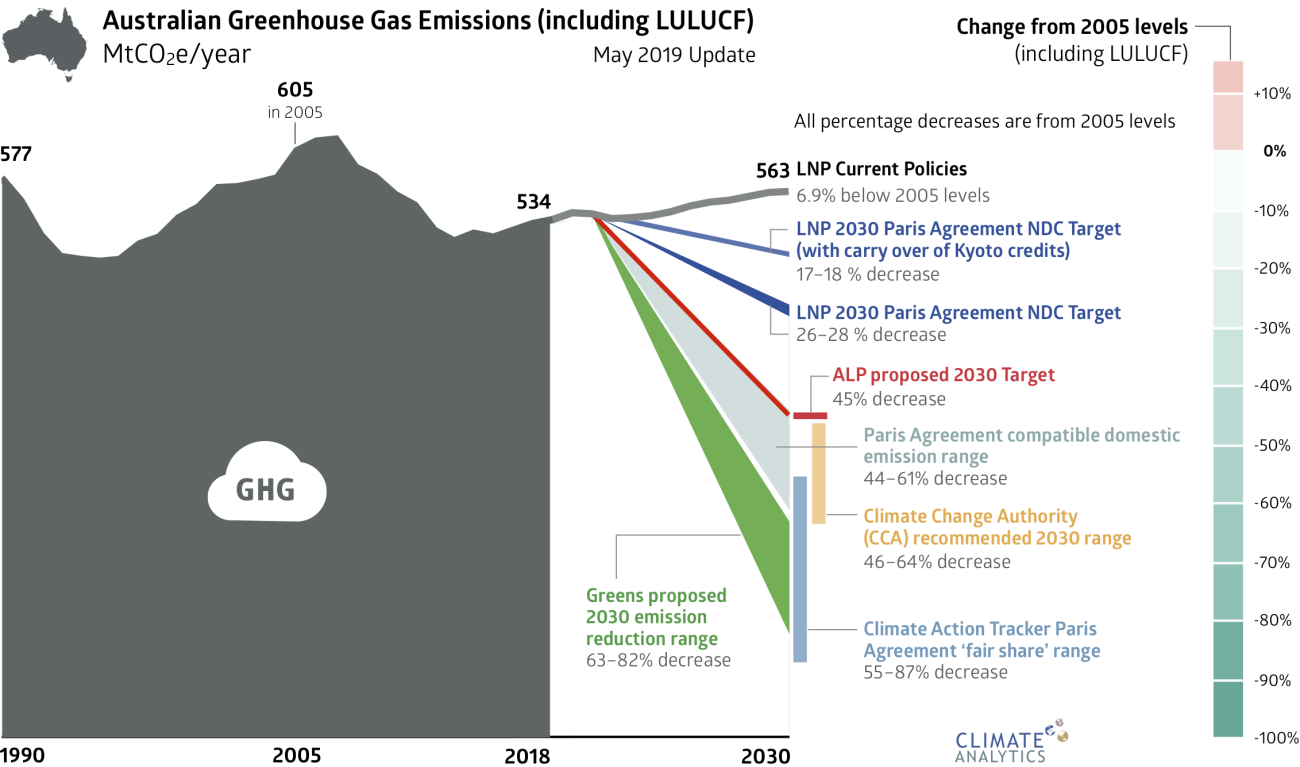 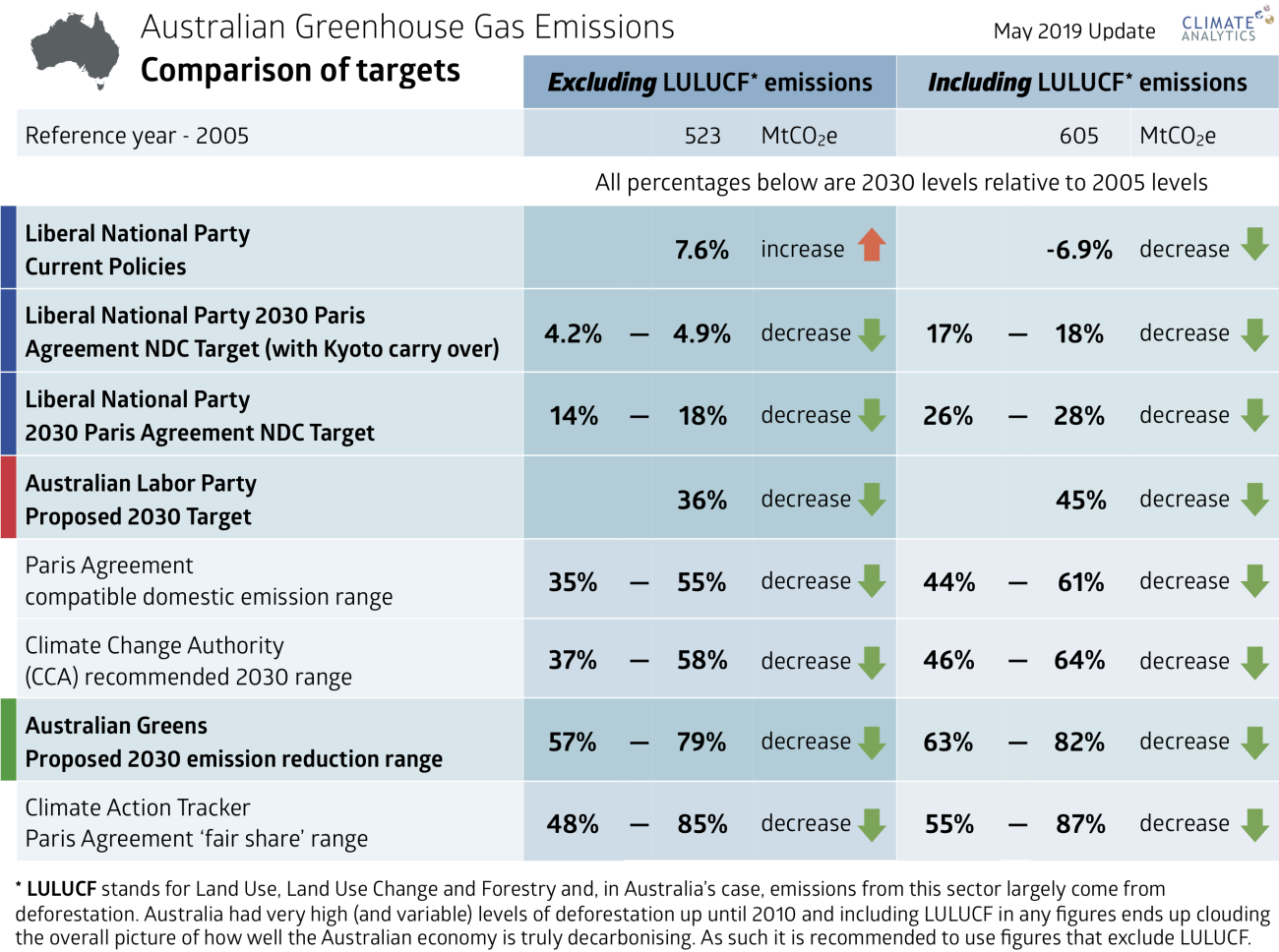