In 2015, governments pledged in the Paris Agreement to attempt to keep global warming since pre-industrial times to 1.5 degrees Celsius. Science shows that phasing out coal, the most polluting fossil fuel, is essential to achieving that goal.

Previous analyses gave a global phase-out date of 2050. New and updated science on what is needed to meet the Paris Agreement 1.5°C limit shows that governments now need to advance the date by a decade. The analysis confirms that developed nations need to phase-out coal faster than the rest of the world – by 2030.

With investors increasingly wary of putting money into coal, the global pipeline of new coal-fired power stations has fallen by 75% since 2015. Ahead of the UN Climate Action Summit on 23 September, UN Secretary-General Guterres called on governments to go further, and stop the approval of new coal power plants entirely by 2020.

But the new analysis shows cancelling new projects is no longer sufficient. The lack of progress means that the reductions in coal use in the electricity sector in the next decade will need to be very steep.

“We’ve seen some progress since 2015, from announcements of national coal phase-out plans to ever more investors and banks limiting financing for coal,” said report author Paola Yanguas Parra, who leads the work on decarbonisation strategies at Climate Analytics.

“However, while cancelling coal plans is a step in the right direction, as it will reduce the risk of stranded assets, governments now need to introduce effective regulation to shut down coal power plants well before the end of their technical lifetime and considerably reduce their use in the meantime,” said Yanguas Parra.

Two factors lead to the advance of the coal phase-out date. One is that governments have not tackled coal use adequately since the Paris Summit. The other is that last year, the Intergovernmental Panel on Climate Change gave a much clearer picture than was available in 2015 of how fast emissions need to fall in order to stay below the 1.5°C limit.

This leads to four key dates: 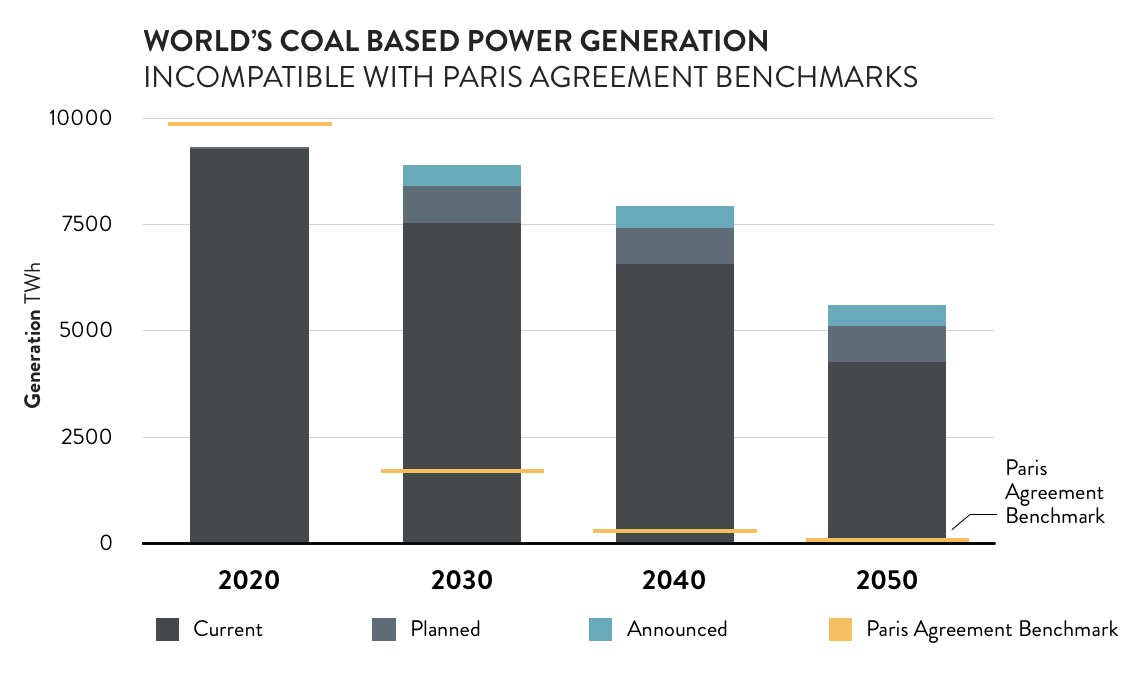 Governments have an opportunity to turn this analysis into national commitments over the course of next year, during which they are due to review and strengthen the pledges (the nationally-determined contributions or NDCs) that they originally made for the Paris Agreement.

“UN Secretary-General Guterres is absolutely right to focus his climate action summit on coal, because rapid coal phase-out is the single most important step to keep the objectives of the Paris Agreement within reach,” said Bill Hare, CEO of Climate Analytics and co-author of the report.

“It is critical that governments scale up their NDCs by 2020, as laid out in the Paris Agreement. These significantly stronger pledges must include clear commitments to phase out coal, remove subsidies for fossil fuels, and build support for renewables and energy efficiency,” said Hare.

REPORT:
Global and regional coal phase-out requirements of the Paris Agreement: Insights from the IPCC Special Report on 1.5°C