Today the presidents of the world’s two biggest greenhouse gas polluters, China and the US, ratified the Paris Agreement.

Xi Jinping and Barack Obama’s ratification, ahead of the G20 meeting in China, shows that the momentum to address climate change is strong as ever, making the possibility of the Paris Agreement’s entry into force by the end of this year or early next ever more likely.

On the 12th of December 2015, the plenary halls at Le Bourget on the outskirts of Paris erupted in standing ovations, tears and cheers – a turmoil of emotions of relief and euphoria.

The Paris Agreement, adopted by 195 governments after a two-week negotiation marathon, was a remarkable achievement and a landmark in the global fight against climate change, rattling off the shock and lethargy following the failure of Copenhagen.

But since the wave of euphoria, detractors set in, with many assuming the Agreement would not be operational until 2020. Luckily, the world seems determined to prove them otherwise.

To recap the rulebook: The Paris Agreement will automatically enter into force 30 days after it has been ratified by at least 55 countries, and by countries representing at least 55% of global greenhouse gas emissions. Both conditions have to be met before the agreement is legally binding.

In April this year, the Paris Agreement opened for signature and ratification (read more about the difference between the two).

Since then, our ratification tracker followed not just the actual ratification but also the statements made by government officials about their intention to ratify – and when.

With China and the US (together accounting for 37.98% of global emissions) keeping their promises made during the signing ceremony in April to ratify the Paris Agreement by the end of the year, the spirit of Paris proves to be alive and kicking.

Including the US and China, 26 parties have ratified the Agreement as of 3 September 2016. 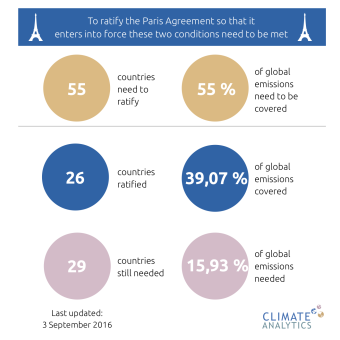 Another 32 countries have signalled their intent to do so by the end of 2016, bringing the possibility of an early entry into force within reach by meeting both conditions (number of countries and share of global emissions). 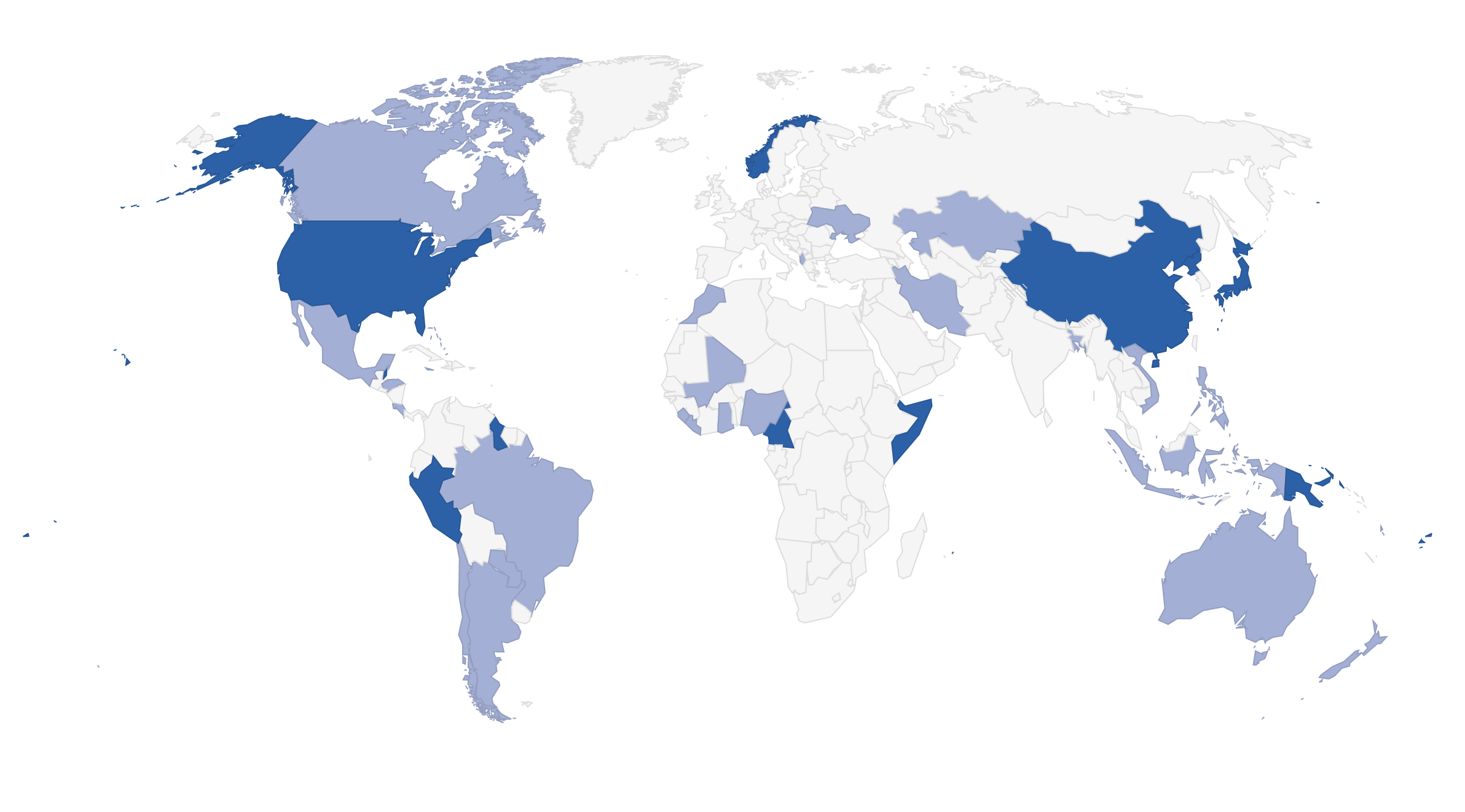 With two of the world’s top emitters showing their determination to combat climate change, the momentum is likely to continue and boost participation by other governments.

Investors managing over USD 13 trillion in assets also urged G20 leaders to swiftly ratify the agreement, reminding them of their “responsibility to work with the private sector”, stating that the “Paris Agreement on climate change provides a clear signal to investors that the transition to the low-carbon, clean energy economy is inevitable and already underway”.

UN Secretary General Ban Ki Moon will hold an event during the UN General Assembly in September, which will allow governments to deposit their instruments of ratification to “keep up momentum on the development agenda and climate change” and to “bring that Agreement into force this year.”

Governments have shown in Paris that they are ready to “converge onto a common path, onto a common direction of travel” towards a low-carbon economy. As our work with the Climate Action Tracker has shown, the current climate pledges by governments are certainly not yet sufficient to take us anywhere near the agreed long-term temperature goal of 1.5°C, instead we projected they would keep warming to 2.7˚C, but this ratification is the first step.

Paris achieved a common direction for all to pursue “efforts to limit the temperature increase to 1.5°C above pre-industrial levels” and “aim to reach global peaking of greenhouse gas emissions as soon as possible”. The latter means zero global greenhouse-gas emissions by mid-century to be consistent with the 1.5°C efforts.

We look to Governments to accelerate climate action and get us on a path to that Paris Agreement temperature goal. Their first step must be to ratify it.

A recent research conference in Brussels revealed a range of 1.5°C scenarios derived from a larger variety of climate models. These results are an important milestone in light of the implementation of the Paris Agreement that enters into force on November 4.