Small islands are highly vulnerable to climate change but face severe adaptation constraints. To work towards overcoming some of these constraints, Climate Analytics and partners are initiating an integrated database containing information on climate impact projections, linked to examples of existing adaptation projects and embedded into a vulnerability and impact assessment framework. The database provides a structured overview of success-factors and limitations, piecing together fragmented knowledge and fostering knowledge exchange across regions in order to support science-based adaptation.

Islands are especially vulnerable to climate impacts and are already feeling the effects of rising sea levels, acidification, climate extremes and other impacts.

Just recently scientists confirmed the numerous anecdotal accounts of the dramatic impacts of climate change on coastlines and people in the Pacific region, when they found that five reef islands in the remote Solomon Islands have been lost completely to sea-level rise and coastal erosion.

Small islands face several unique challenges: They usually have limited resources to react, but are exceptionally exposed due to their physical setting and limited livelihood options. In addition, they are remote and not easily reached in time of crisis, making adaptation an imperative.

For example, atolls are very susceptible to drought because they are too low-lying to have significant underground aquifers. That leaves a tight window for relief agencies to bring water or reverse-osmosis machines to distant atolls a full day’s boat ride from the main islands. Communication is also a challenge because these outlying atolls also often lack internet and mobile networks.

Small islands are also frequently devastated by hurricanes and tropical cyclones but have only limited sources to react and recover. For example, more than a year after Cyclone Pam brought devastation to Vanuatu, many small businesses and schools are struggling to rebuild’s-cyclone-pam-recovery-slower-than-expected. A report from August 2015 put the financial toll of Cyclone Pam at $590 million, more than half of Vanuatu’s yearly GDP.

Climate change awareness is high and substantial efforts have been going into adaptation planning and implementation in the region in the last years and decades.

A lot of knowledge has been generated, both targeted to the specific needs of Pacific islands as well as generally applicable, and knowledge hubs to access this information have been created. However, as yet efforts often lack a sufficiently robust scientific underpinning and many knowledge gaps remain.

Science-based adaptation requires information along the full assessment chain from regional climate change projections and associated biophysical impacts, linked to information on socio-economic sectors and their sensitivities to climate impacts to understand specific vulnerabilities as well as adaptation requirements, options and costs.

One step towards solving these challenges is an integrated database on climate impacts and adaptation, focusing specifically on the requirements of small island states, as outlined in our recent paper (title, info). The database contains information on climate impact projections, linked to examples of existing adaptation projects. The database provides a structured overview of success-factors and limitations, piecing together fragmented knowledge and fostering knowledge exchange across regions in order to support science-based adaptation. 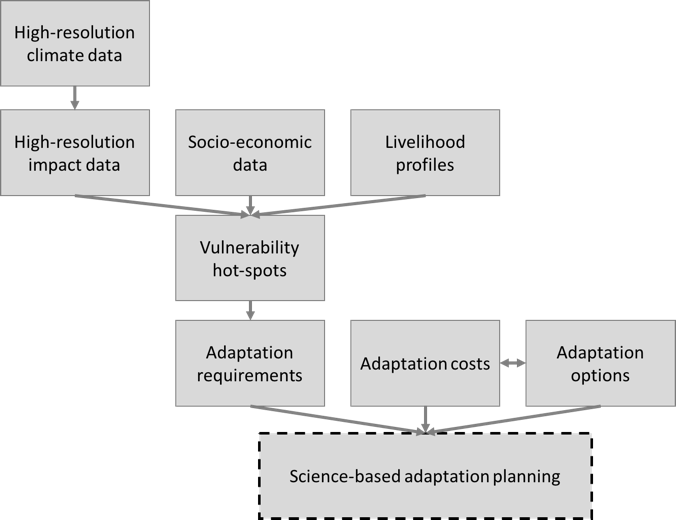 While adaptation experience is increasing, including an evolving understanding of prerequisites and limitations to specific forms of adaptation, knowledge is still fragmented, due to the mostly local nature of adaptation. Island stated across the world can benefit from a structured exchange, focussing on the transferability of success-criteria for adaptation. An improved knowledge base is also important for other regions, which will face similar challenges in the coming years.

Dr Tabea Lissner presented the concept at the Symposium on Climate Change Adaptation in the Pacific Region, 26-28 July 2016 in Lautoka, Fiji.

What does the Paris 1.5°C limit mean for Australia?

Last December in Paris, Australia, along with world governments, agreed to keep warming well below 2˚C and to pursue efforts to limit it to 1.5˚C. What does this mean for Australia’s climate policy and decarbonisation? What would the differences in impacts be for Australia between 1.5˚C and 2˚C of warming?

The spirit of Paris - alive and kicking

Today the presidents of the world’s two biggest greenhouse gas polluters, China and the US, ratified the Paris Agreement, making the possibility of its entry into force by the end of this year or early next ever more likely.