Past webinars
#1 The Future of Land Cover, Land Management (LCLM) and Climate Change

#2 Effects of Irrigation on Climate Change

Changes in land cover and land management (LCLM) that are driven by human activities (such as evolving agricultural or forestry practices) have a considerable effect on the global climate through the release of carbon in the atmosphere (biogeochemical effects), and the change of local energy and water fluxes at the land surface and their interaction with large-scale atmospheric dynamics (biogeophysical effects). Therefore, it is very relevant for future climate mitigation and adaptation effort to investigate the overall LCLM-climate effects and their interactions with the climate system. However, these coupled effects receive overall limited consideration in land use decision processes due to uncertainties on the full implications of changes in LCLM for climate and ecosystem services, but also due to a lack of dialogue between the relevant science and practice communities.

The goal of the LAMACLIMA project is to advance the scientific and public understanding of the coupled effects between LCLM and climate, and to inform the elaboration of sustainable land-based adaptation and mitigation measures. It will investigate the biogeophysical and biogeochemical effects of three key changes in LCLM (re/afforestation, irrigation and wood harvest) on climate, their implications for several sectors (agriculture, water availability, biodiversity and economic productivity) as well as the resulting economic impacts, including those simultaneously affecting geographically distant key regions such as the world’s breadbaskets. This will allow for an integrated analysis of their implications for the achievement of both the mitigation and adaptation objectives of the Paris Agreement and the Sustainable Development Goals 2 (Zero Hunger), 6 (Clean Water and Sanitation), 8 (Decent Work and Economic Growth), 13 (Climate Action), and 15 (Life on Land). 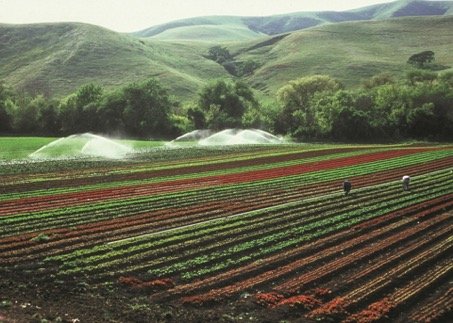 Irrigation is an example of a land management technique used to improve the agricultural productivity. It also alters the exchange of water, energy and carbon between land and the atmosphere that would occur over rainfed crops or natural vegetation, thereby having an influence on climate. Image: © Skeeze/Pixabay

The research outcomes will be synthesised into an open-access and user-friendly tool, allowing their appropriate dissemination to other researchers but also regional-level adaptation planners and development actors as well as international institutions, environmental organisations and relevant private actors during dedicated workshops and online collaboration. The tool will be an emulator, i.e. a simplified model displaying the interactions between LCLM, the climate system, food production, water scarcity and the economy uncovered by the LAMACLIMA research activities. The emulator should be usable through a web interface that will allow its users to explore these interactions across regions, by trying out different scenarios of changes in LCLM. Continuous stakeholder engagement and knowledge brokerage will bridge the gap between scientists and stakeholders, thereby ensuring the usability of the emulator, and also fostering the co-design of future trajectories for land management as adaptation and mitigation measures that will complement the existing Shared Socio-economic Pathways (SSPs). Stakeholders will be involved through a series of webinars and dedicated workshops that will also serve for the dissemination of the project results.

Climate Analytics is leading the LAMACLIMA project and is in charge of developing the emulator summarising the research findings of the consortium partners. Climate Analytics is also leading the stakeholder engagement efforts in the project, which are key to make the project findings useful to a broad audience. The consortium otherwise includes experts on the interactions between LCLM and climate who will run a coordinated set of experiments with several Earth System models, economists who will integrate these results into a Computable General Equilibrium model and an agro-economic model. The project will complement on-going international research efforts such as the Coupled Model Intercomparison Project 6 (CMIP6). 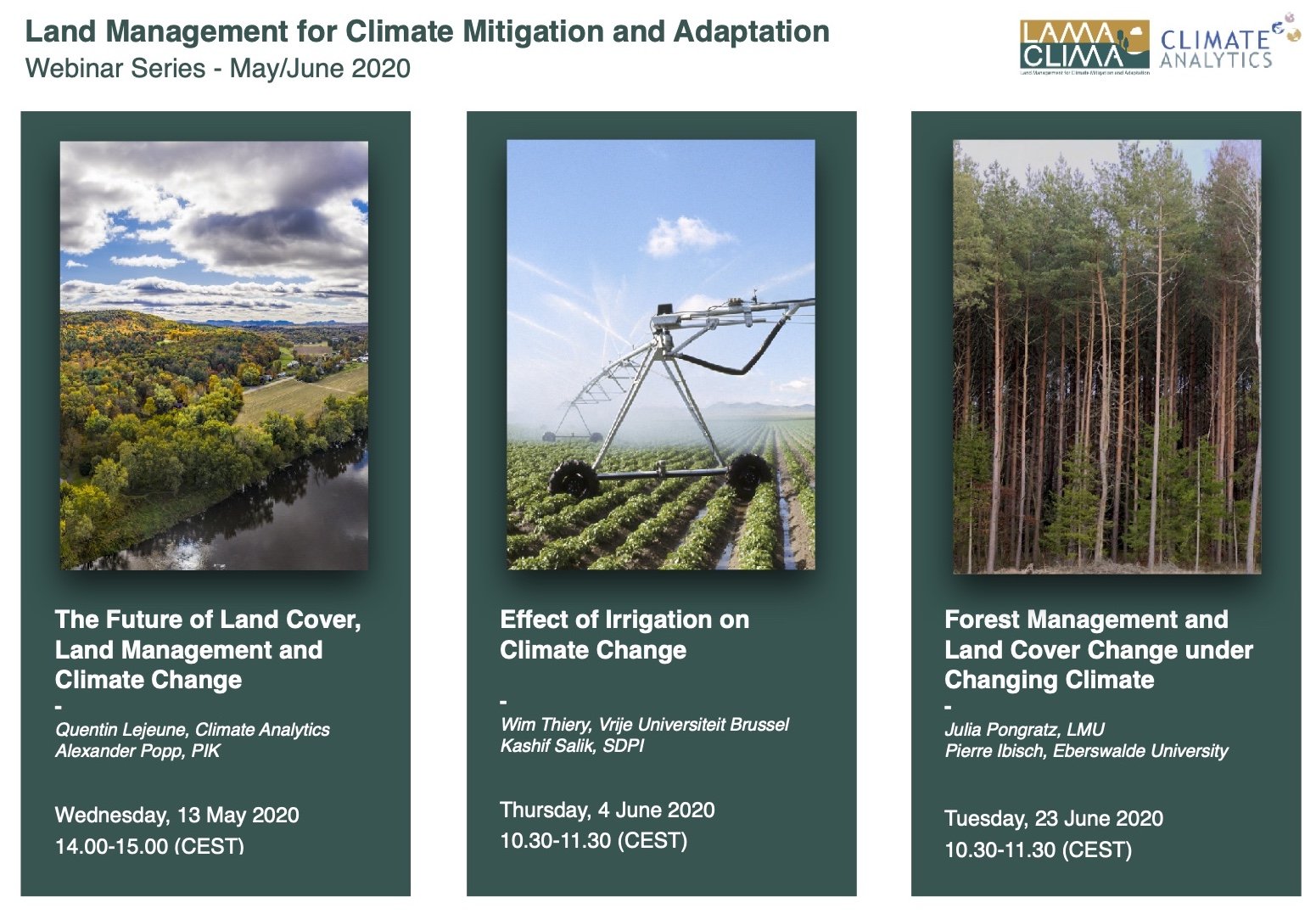 You can find the recordings and available presentations of the different webinars here:

You can also read our recent blog on Understanding the complex relationship between land and climate.