“While we are seeing some positive intentions, the jury is still out as to whether these recovery packages can bend the emissions curve,” said Niklas Höhne of NewClimate Institute, one of the CAT’s two partner organisations. “While many can still shape how they implement their recovery package, so far only the EU and South Korea have put a deliberate focus on green recovery.” 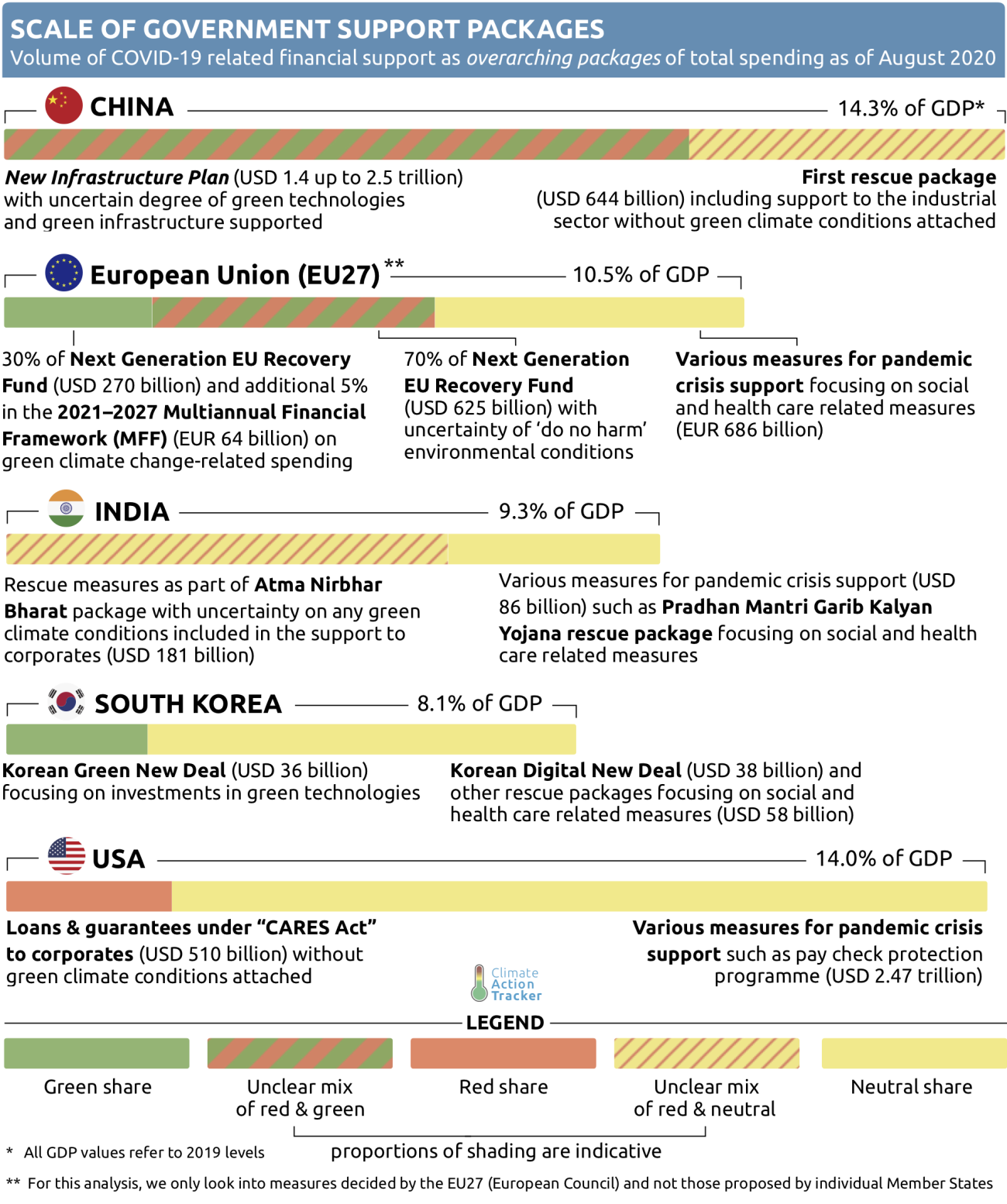 “Unfortunately, what we’re seeing more of is governments using the pandemic recovery to roll back climate legislation and bail out the fossil fuel industry, especially in the US, but also in Brazil, Mexico, Australia, South Africa, Indonesia, Russia and Saudi Arabia, and other countries” said Höhne.

In the briefing released today, the CAT has updated its global warming estimates for 2100: under the “current policy” (real world action – or the policies governments are implementing) scenario, warming will be about 2.9˚C in 2100. If governments meet their current Paris Agreement pledges, warming will still rise to about 2.7˚C in 2100. The slight downward change from the CAT’s 2019 Madrid update are down to methodological adjustments, not climate action. 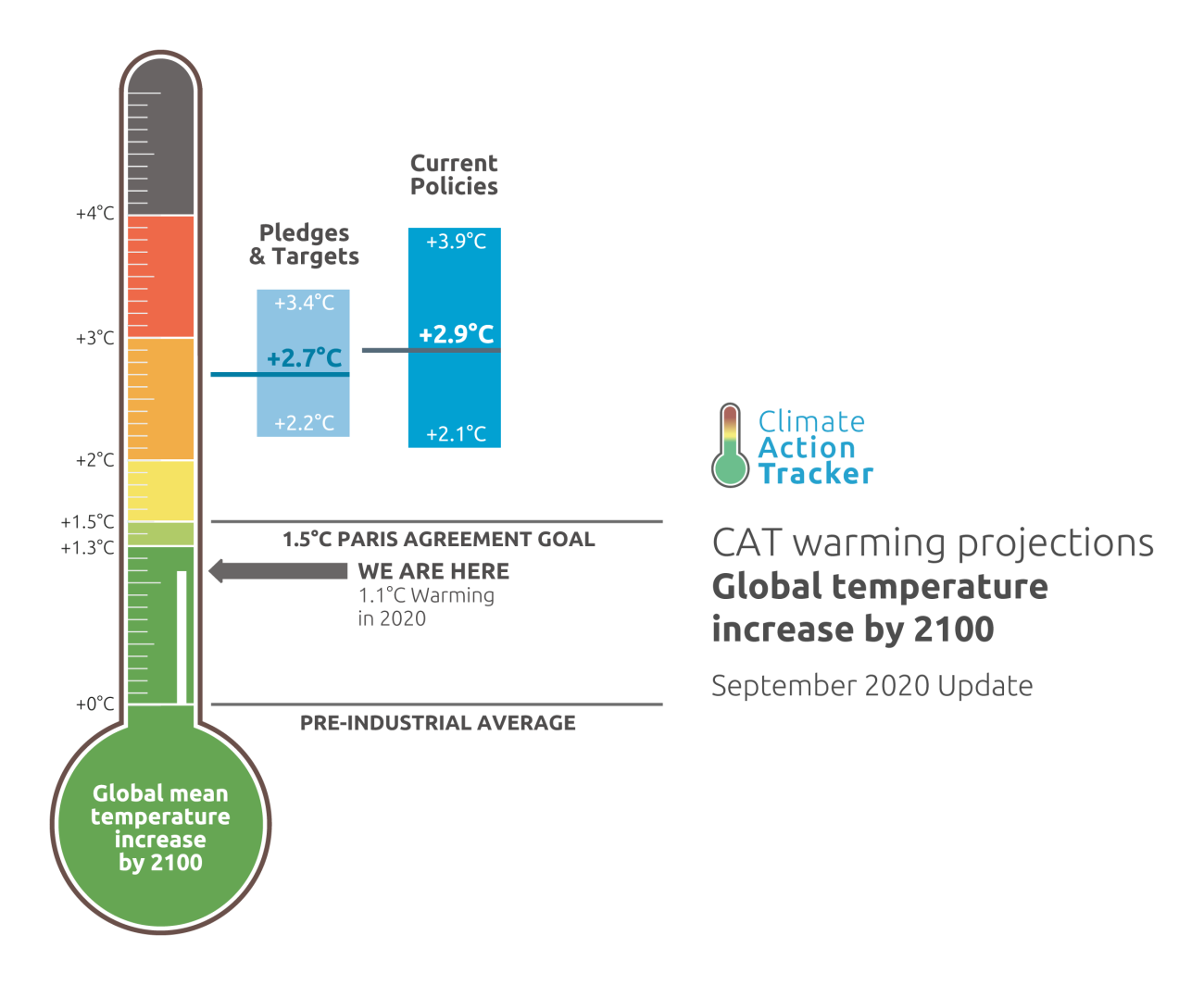 “2020 is the year governments agreed to increase their Paris Agreement pledges, yet few have done so, and our latest projections of warming show this is an urgent issue. At the current 1.1˚C of warming, we are already seeing devastating impacts in some regions, such as the fires on the US west coast, and flooding in Africa’s Sahel region,” said Climate Analytics head of climate policy analysis Deborah Ramalope.

“The economic downturn due to the pandemic alone may lead to 2030 emissions being slightly lower, but this is only a delay and is highly unlikely to have any impact on long term warming. What really counts is how the recovery is shaped.”

“Not one of these countries has increased its climate action enough to warrant an upgrade of its CAT rating: indeed some, such as Brazil and Australia, appear to be going backwards,” said Ramalope.

The briefing also contains a table of examples of “do’s and don’ts” of green recovery interventions.