The world is on track to produce far more coal, oil and gas than would be consistent with limiting warming to 1.5°C or 2°C, creating a “production gap” that makes climate goals much harder to reach, according to the first report to assess countries’ plans and projections for fossil fuel production.
The Production Gap Report complements the UN Environment Programme (UNEP) Emissions Gap Report, which shows that country pledges fall short of the emission reductions needed to meet global temperature limits.

Countries are planning to produce fossil fuels far in excess of the levels needed to fulfil their climate pledges under the Paris Agreement, which themselves are far from adequate. This over-investment in coal, oil, and gas supply locks in fossil fuel infrastructure that will make emissions reductions harder to achieve. 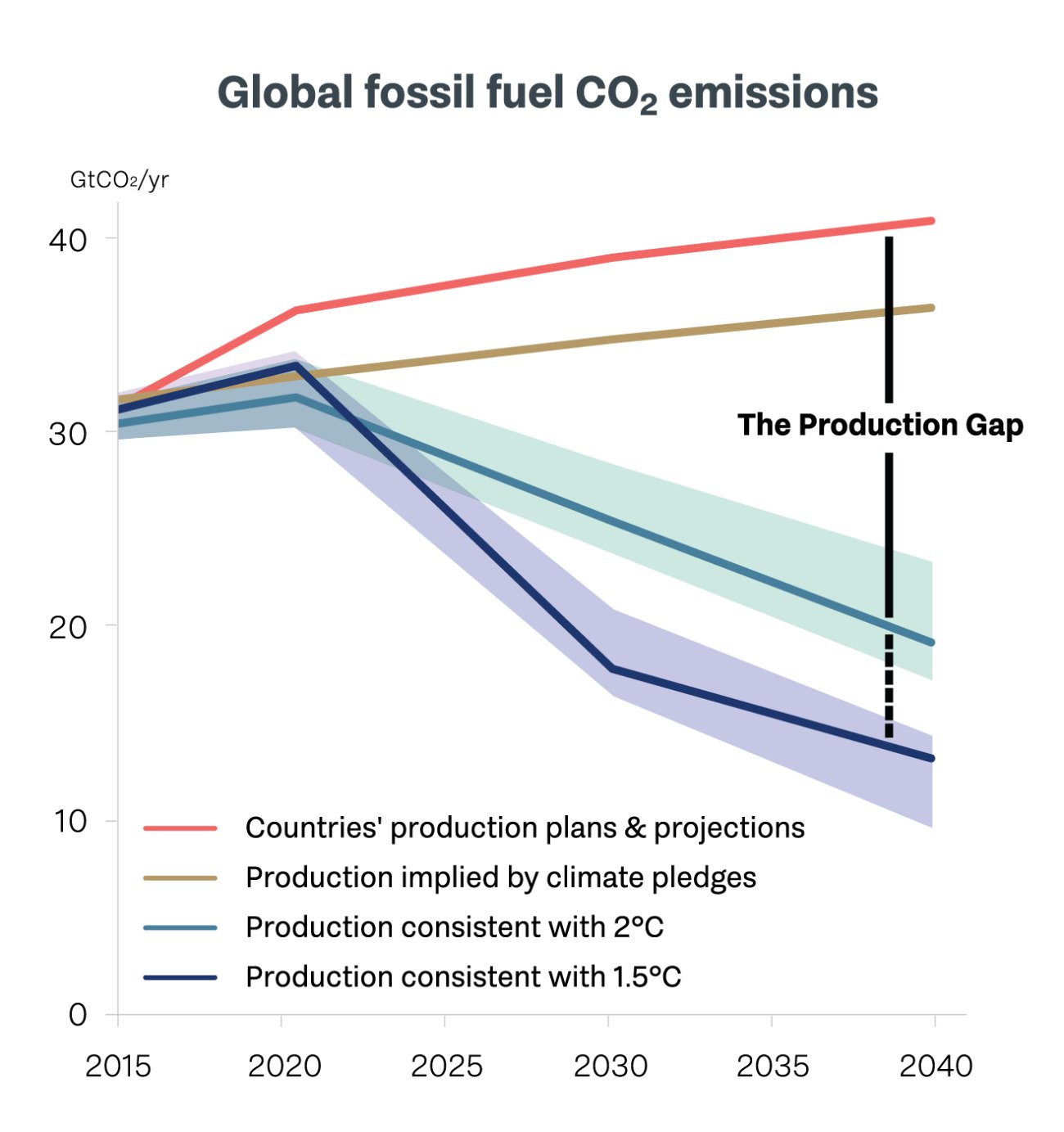 “Over the past decade, the climate conversation has shifted. There’s greater recognition of the role that the unfettered expansion of fossil fuel production plays in undermining climate progress,” said Michael Lazarus, a lead author on the report and the director of Stockholm Environment Institute’s US Center.

“This report shows, for the first time, just how big the disconnect is between Paris temperature goals and countries’ plans and policies for coal, oil, and gas production. It also shares solutions, suggesting ways to help close this gap through domestic policies and international cooperation.”

In the report preface, UNEP Executive Director Inger Andersen notes that carbon emissions have remained exactly at the levels projected a decade ago, under the business-as-usual scenarios used in Emissions Gap Reports.

“This calls for a sharpened, and long overdue, focus on fossil fuels,” she writes. “The world’s energy supply remains dominated by coal, oil and gas, driving emission levels that are inconsistent with climate goals. To that end, this report introduces the fossil fuel production gap, a new metric that clearly shows the gap between increasing fossil fuel production and the decline needed to limit global warming.”

The report’s main findings include:

Countries have numerous options for closing the production gap, including limiting exploration and extraction, removing subsidies, and aligning future production plans with climate goals. The report details these options, as well as those available through international cooperation under the Paris Agreement.
The authors also emphasise the importance of a just transition away from fossil fuels.

“There is a pressing need to ensure that those affected by social and economic change are not left behind,” said report author and SEI Research Fellow Cleo Verkuijl. “At the same time, transition planning can build consensus for more ambitious climate policy.”

The Production Gap Report comes as more than 60 countries have already committed to updating their nationally determined contributions (NDCs), which set out their new emission reduction plans and climate pledges under the Paris Agreement, by 2020.

“Countries can use this opportunity to integrate strategies to manage fossil fuel production into their NDCs – which in turn will help them reach emission reduction goals,” said Niklas Hagelberg, UNEP’s climate change coordinator.

“Despite more than two decades of climate policy making, fossil fuel production levels are higher than ever,” said SEI’s Executive Director, Måns Nilsson. “This report shows that governments’ continued support for coal, oil and gas extraction is a big part of the problem. We’re in a deep hole – and we need to stop digging.”