Videos and media coverage (in French)

About PAS-PNA in Senegal

During the Climate Conference in Cancun in 2010, the Parties agreed on the process of National Adaptation Plans (NAPs) to reduce their vulnerability to climate change and integrate adaptation in the planning processes and development strategies.

Senegal, in accordance with the progress of the international climate negotiations, launched its NAP process in 2015. It aims to reduce the vulnerability of the country in the face of climate change impact by strengthening its adaptation capacities and resilience and facilitating the integration of climate change planning in development plans. The achievements recorded during the process are the following: (i) elaboration of a road-map in 2015 with all the stakeholders, (ii) identification of the priority sector, (iii) definition of a sectoral approach for the elaboration of the NAP, (iv) validation and signature of the NAP document. The Support Project for Science-based National Adaptation Planning in Francophone Sub-Sahara African Least Developed Countries (PAS-PNA) was initiated in this context through the cooperation between Senegal and Germany.

The project is funded by the German Federal Ministry for the Environment, Nature Conservation, Building and Nuclear Safety (BMUB), and implemented by the Deutsche Gesellschaft für Internationale Zusammenarbeit (GIZ) in collaboration with Climate Analytics and partnered with the Ministry of Environment and Sustainable Development (MEDD) from 2016 to 2019. The project was officially launched in April 2017 and aims to support the Senegalese government, namely MEDD, in the process of climate change adaptation planning for the sectors of agriculture, water resources and coastal zones.

In the technical instructions of the NAP processes formulated by a group of experts, the need for science-based knowledge is stated explicitly (2012). The international climate financing mechanisms require that vulnerability in the face of climate change is demonstrated and evaluated by scientific expertise and that the strategies developed explicitly tackle the impacts caused by climate variability and change. Therefore, it is necessary to prove the climatic vulnerability of development sectors of the country and identify concrete adaptation measures based on robust scientific facts.

Initial preparatory phase of the studies – April 2017 to January 2018

The scientific results of the vulnerability studies have been integrated in the NAP process through different workshops and reports. 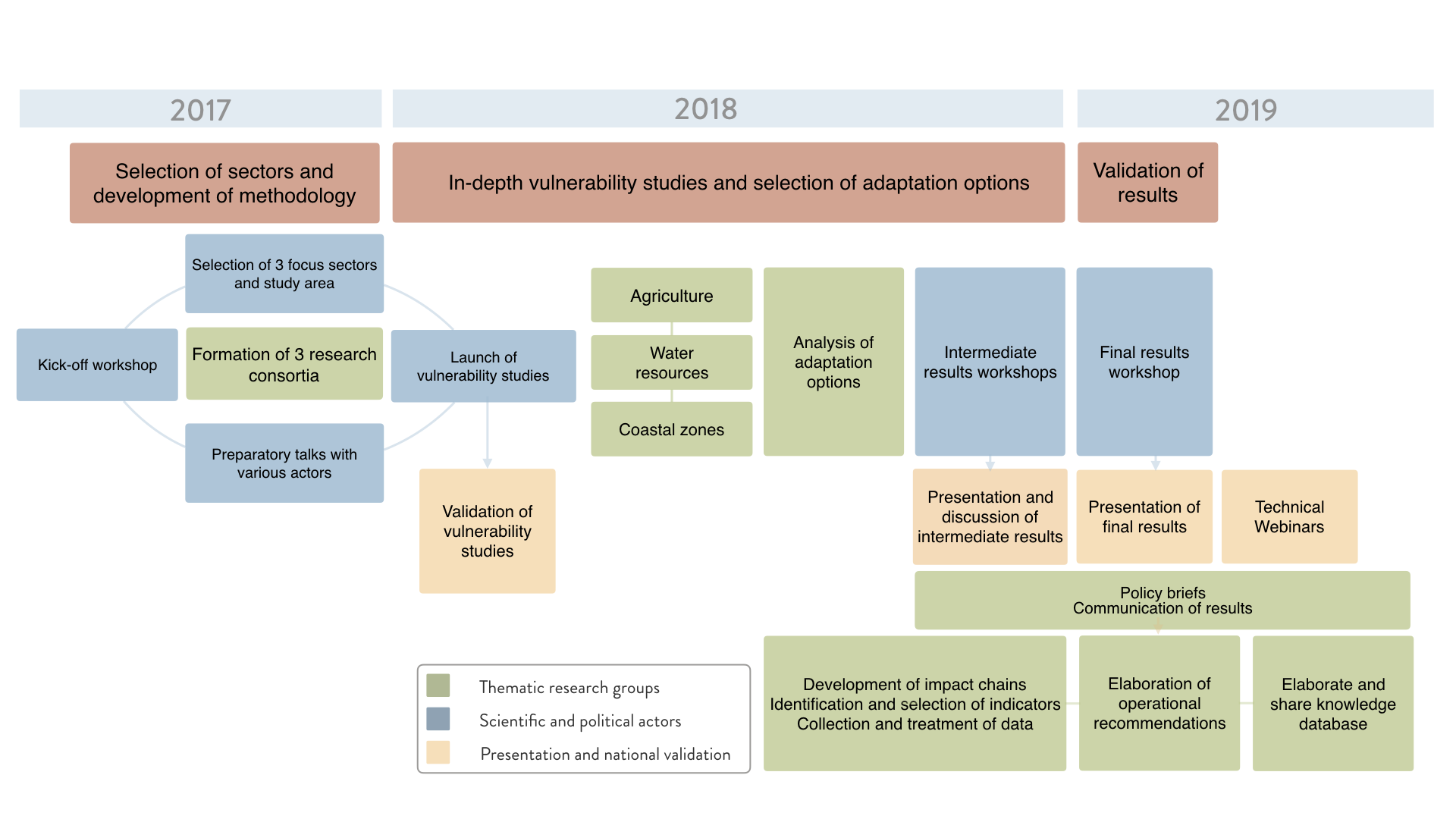